The Art World is so competitive that you ultimately will have to use a lot of ingenuity or money to figure it out. No one is going to spell out the secrets of how to make it work. I mean, how many art schools are 100% full of students convinced they will make it? I heard a story once of a girl who needed a letter of recommendation to apply for some art competition grant thing, and her art professor said he would not write the letter for her because he was applying for the same thing. And apparently she was shocked. Shocked! Really? That’s shocking? Sounds like someone needs a reality check, so here is one: 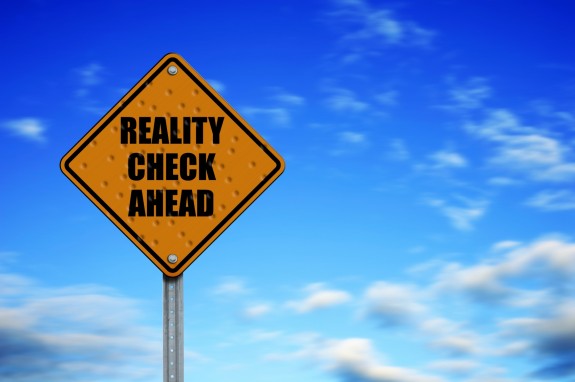 Artists do not share secrets if they have a lead on something or they’ve found something works for them. Oh, they’ll advise you on things to do, but no one will spell it out for you step by step for free, especially not your art school professors. They’re not there to sabotage their own tentative careers which they are supplementing with money from their teaching job. They’ll teach you how to sound like a heavy boring fool when you talk about art, they’ll teach you how to render a still life with precision and feeling, they’ll encourage you to “explore.” But to hear someone was shocked that there might be some competition really annoys me.

Also, an artist at his or her own art show will be turned off when you mention you are an artist. They’ll try to hide it, but they are experiencing a mixture of tedium, bereavement, obligation, fatigue, annoyance, bitterness and they’ll feel like they’re wasting their time talking to you when they could be charming their way into the wallet of some philanthropist. They’ll say, with masked enthusiasm, “Oh, really? What do you do?” and you’ll notice their eyes flickering around the room for anything else. Or they’ll start busying their hands with some arbitrary side task. They don’t want to hear about how you’re an artist because it’s boring for them to hear about what you do, because you’re suddenly competition, and because you’re not going to buy any art from them.

This doesn’t count if they seem to genuinely like you as a person. But they’re definitely not going to like you just because you mention you’re an artist, no matter how polite they are toward you. Artists are a dime a dozen in an artist’s world.

So when you go to an art show, and if the artist asks you what you do, either totally blow off the question like you don’t care that you’re an artist, or, right above a whisper, tell her about the coolest thing you’ve been working on.

However, chances are you haven’t been working on anything because you’re watching TV and Facebooking or at a bar being sad you haven’t made it big. Artists, some of whom will spend $100,000 on an art education, notoriously put the least amount of time into their work. Compare that with a medical student who basically puts her life on hold for eight years while she studies all day and interns at the hospital on graveyard shift. Can you imagine how far you’d get if you put that kind of work into it?

I told you that to tell you this: I’ve put some money aside and enlisted the help of an artist consultant in New York to clear out a way to strategize my next moves, to break through my own proverbial glass ceiling. He demystifies art world politics. His name is Brainard Carey. As I write this, my friend Gus is looking over my shoulder and commenting on the part where it says Artists, some of whom will spend $100,000 on an art education, notoriously put the least amount of time into their work. He says it reminds him of when he was recording an album with a bunch of crazy drunk musicians, a hefty handful of people in the recording studio all rallying together to play on this guy’s record, and the only guy who had formal training was the least able to keep up with the musical development of the session. “The most valuable thing you can do is actually do,” Gus said. “Just do it, all the time.”