As a freelance filmmaker I can’t tell you how much of an asset Craigslist can be. You can find interns, props, costumes and a whole other slew of items and people to aid your production. I recently cast an entire music video of about 30 people using their job section. It was simple: I created an email address for the job (this is important because you don’t want to be inundated with spam) and made a post about the video. A few days went by, and after evaluating the interested parties, I was able to cast the video. The best part about it was that it was free!

You can find just about anything you need there. It’s like an internet version of a Walmart that’s going out of business and turning into a flea market / 7-11, and that includes the bum on the curb looking for a job and the prostitutes out back. You can find car parts, a job (the money kind and the blow kind), a fish tank and pretty much whatever else you have the patience searching for.

I visit the site pretty much every day over my morning coffee. My favorite place to start is also the cheapest, the free section. You never know what you may find. Here are some recent favorites of mine:

One-Eyed Black Moor Goldfish Needs Home
Needs new home because he was attacked by his tankmates (possibly due to his disability). Just bought him last week. Pickup only. 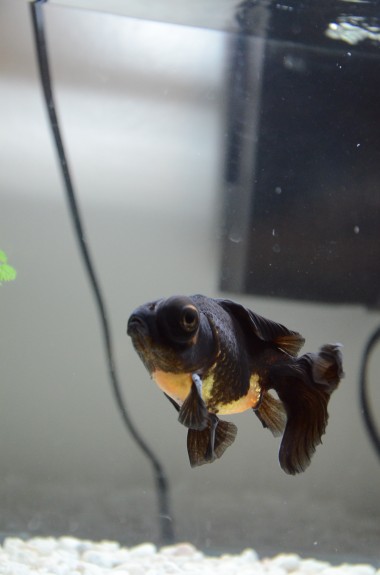 Over-sized white armchair
An excellent canvas for someone who is more creative than I am with the things they like to sit on. It has some stains but nothing creepy or gross.

Shampoo & Conditioner
Due to a new hairdo I have the following OPENED hair care items to give away:
Henna & Olive shampoo (1/4 full)
Vatika Hairmask for the night with egg, castor and something else ^^ (1/3 full).

So if you need inspiration for your next music video, hit up the free section. Your dollars will go further and you might come up with something you’d never imagined, like a film about a one-eyed fish who paints chairs with shampoo.