I was recently reintroduced to an old friend, MiniDV. MiniDV is a video tape format that was widely used in the 1990s and early 2000s. I had shot all of my early work on this format. It was problematic. You had to play it real-time into the computer, tapes frequently had dropouts, and it was not the best quality. 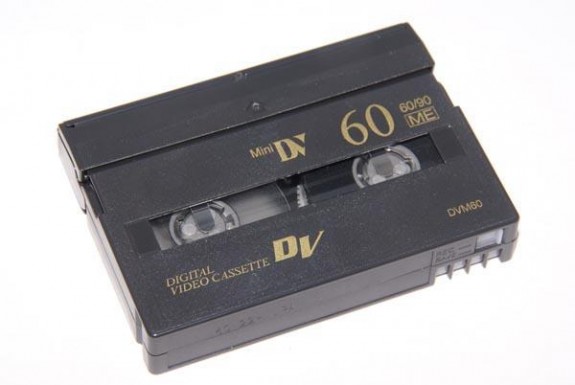 My first big job in Berlin was shooting a music video for a German band called Sizarr. The group had listed many visual references for the look that they wanted, and it was apparent that to me that razor-sharp high definition would not get them what they were looking for. I was inspired when one of my former students showed me a new skate video which was shot completely on VHS. The low-fi look was definitely what we wanted for the video. While a portion of the music video was shot with HD cameras, the majority was shot on an old MiniDV camera. We even played some of the HD material on a television and re-recorded the image with the MiniDV cam. The results were great and the band was happy.

It seems that with the advent of low-cost HD cameras opening the door to a whole new generation of filmmakers, there is something lost. People are too caught up with the quality of their image while forgetting the story it tells or the feelings it invokes. MiniDV reminded me that your flaws are what make you beautiful.

My personal favorite feature on my MiniDV cam is one that doesn’t even make sense: the photo mode. There is a button that you hit and it records a still frame. It includes a bad animation of a shutter closing along with a sound effect while it records the still frame for ten seconds to the tape. What makes this so ridiculous is that you can easily freeze a frame in post-production for as long as you need it without wasting any of your precious DV tape, yet the animation and sound effect are oddly beautiful. Many of these older cameras have built-in effects which yield some interesting results.

Before you tell yourself you need the newest camera, sharpest lens or fastest computer to express your vision, pick up your iPhone or dig out your pop’s old VHS camera and just start making a movie. It’s the “making” part that will inspire something new.