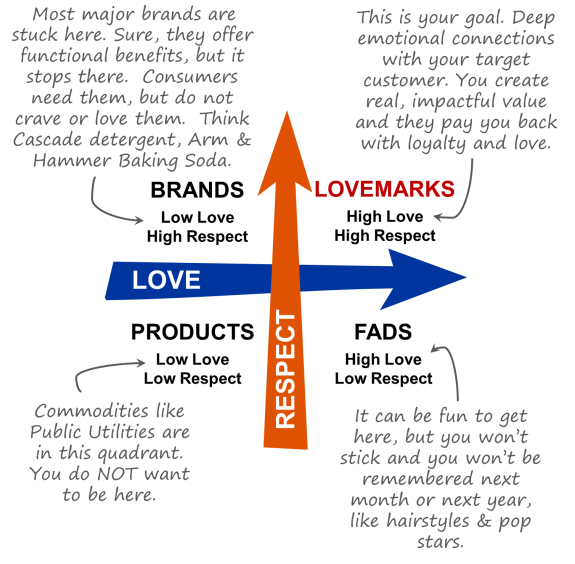 From the book Lovemarks.

Many designers work in advertising, where they design for other people.

The general difference between an artist and a designer, while they both encompass the same basic skill set, is the designer fixes someone else’s problem, while the artist is creating work for himself or herself. The designer must work with the client, while the artist generally gets all huffy at the idea of altering anything for the sake of somebody else. But then when people ask the artist about their work, they announce that they prefer to leave it up to the viewer’s interpretation and they don’t want their own purpose of their own work to ruin the True Experience the viewer must be having. It’s ridiculous.

There are always exceptional people to whom rules don’t apply, but I’ve found if a designer by trade considers himself an artist at heart, he will be frustrated with his life. If an artist by trade is a designer at heart, she will probably feel fulfilled and have an easier time growing her own business. There is a new business model for designers which seeks to build a sense of real emotional connection with its customers. It’s the future of branding. It’s beyond branding. We’re on a mental plane of a different color. This is a whole other airport.

It’s all in a book called Lovemarks.

With lovemarks, advertising is now sincere. An old-school brand is something shiny and superficial. A lovemark is forever. Like your family and your best friends. A lovemark is embedded in the culture of your memories. It is designed with the best intentions for everybody involved. It’s something so revolutionary it wants to break beyond the barriers of anti-capitalist cynicism and swim in the waters of the utopian oneness where market and man can finally come together and admit they’re both one and the same, man and market; markets made of men; men going to markets made of men. We’re all people here and there’s no reason we can’t get emotional fulfillment from our markets.

I find this super-interesting, that in a time when we’re all so lonely and disconnected, the market moves in offering to fill us all with the love we’ve been missing. I am not being sarcastic. Saatchi & Saatchi, which designed the concept, sounds delightfully sincere about the whole thing. 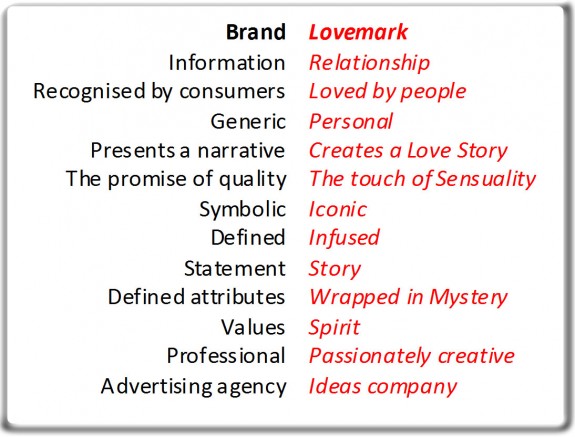 After all those mind-bending love-groove drug experiments in the ’60s; the soul train exploration station funk-farm-on-the-loose all over the ’70s; the emotionally vulnerable men of the ’80s; the nervous breakdown of the ’90s; and the self-help books of the first decade of the year 2000, emotion is a big thing we all better understand now after having struggled and failed for so long to understand and be understood. Emotion has finally made its way into the market!

But here’s the thing: People don’t want to feel things and connect forever. After a while it becomes uncomfortable and you want your own space where nobody wants anything from you. Privacy.

So I predict we will one day see many trends — good and bad, fun and serious — based on a culture of secrets and hiding. I also entertain the idea that maybe it’s not so crazy to use the market as a main resource for our emotional well-being. We just don’t even understand how that could happen yet without it seeming creepy and unnatural.

Think about it. One day our country could be running on the currency of love.