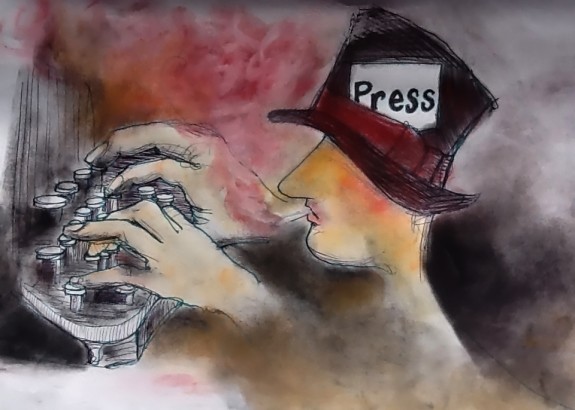 In the age of Buzzfeed and Gawker, the popularity of long-form journalism in outlets like The New Yorker and The Atlantic is waning. In journalism schools, learning how to write short and dry has become the prominent dogma. But if we let long form die, an important part of the history of journalism will be lost. This is not a rally against short form or quick hits in journalism. Those have been and always will be important. But there is still room for longer magazine pieces and here are five reasons why.

1. There is room for a sense of wonder in longer pieces. I had the pleasure of spending some time with Gay Talese when I was in graduate school and he said the best thing about journalism is the ability to feed a sense of wonder. Sometimes you don’t need a news hook and sometimes the topic doesn’t even have to be timely. It’s enough that the writer is able to spin an incredibly interesting tale of nonfiction.

2. Hard news isn’t enough. Everything has to be put into context. The greatest pieces of journalism, the ones that changed things, have rarely been rip-and-read pieces. Whether it was Sy Hersh’s expose of the My Lai massacre or Dispatches, Michael Herr’s narrative account of the Vietnam War, the pieces that made people think were long, thought-out works of journalism.

3. People have more patience than we think. The idea that people won’t read long stories has proliferated to the point of gospel. But The New Yorker, The Atlantic and Harper’s are all still in print so someone must be reading those stories. I still see people under 35 sitting in coffee shops reading long-form journalism. In fact, I’m one of those people. When a story is compelling and well written, people will read it.

4. Electronic reading devices like the iPad are perfect for long-form stories. Imagine having a 20-page New Yorker article on your iPad replete with links to relevant sources, history and other articles. It’s the same as when you go on Wikipedia and then find yourself, hours later moving through links to find out deeper information. That important 20-page story gets enhanced into a whole learning experience in the hands of new electronic reading devices.

5. Journalists should be allowed to have fun. We work hard every day and much of our career is spent doing short pieces that most people won’t read. So when we get to sink our teeth into something longer and more in depth, we relish the opportunity. A good reporter will never turn down the opportunity to tell the whole story elegantly and with deep context.