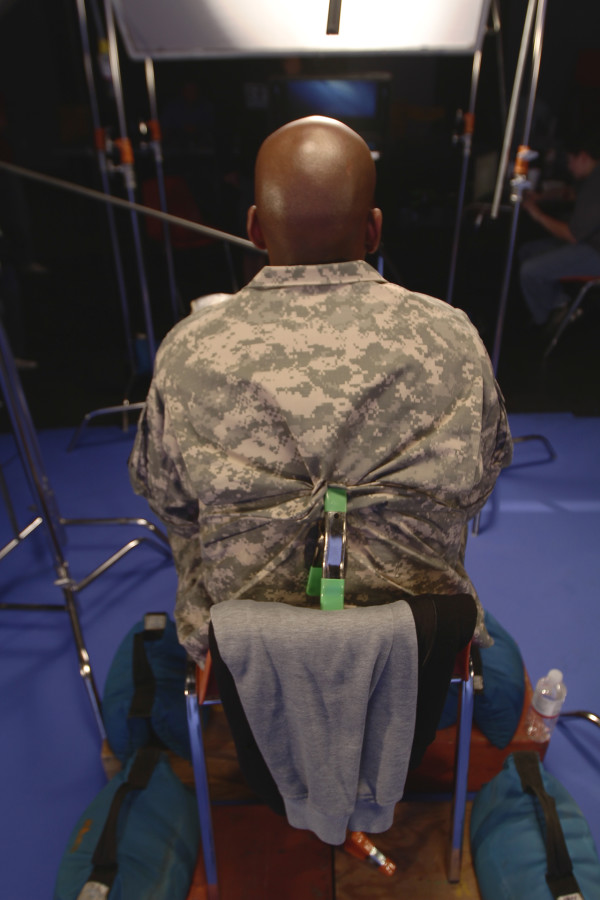 I’m not in the Army, but I’ve found myself spitting protocol and jargon left and right these days. I’ve become … a military contractor, and as weird as that may sound, it has been delightful!

Normally, I shoot marketing content for corporate clients I service through my fledgling (very fledgling) creative agency based in Austin, Texas. I work all over, but for the past few months and until mid-April of this year, I will have been working for the Army as an official artistic contractor, designing video content for their touring Soldier Show. Yes, the Army not only contracts tactical support personnel, engineers and scientists, but also set designers, lighting directors, and even relatively inexperienced video producers. Peculiar, I know, but also deeply interesting.

About a year ago I was offered a gig to produce video content for the Army’s Soldier Show, a 90-minute stage show full of singing and dancing that tours 40-odd military instillations and bases. It’s a convoluted story as to how I got the call but what happened next was unprecedented: I turned down the gig and they called me a year later to the day and asked if I wanted the job, again. Fool me once, right? I jumped at the job the second time around.

What had changed in my mind that made me take the gig without hesitation? I remembered that one crucial thing that we creators really shouldn’t forget: I could teach myself on the job and, if necessary, farm out work. I am currently applying both methods to chew through the challenge of a new kind of job. It seems obvious, I know, but remembering to take jobs that push you outside of where you’re grooving is so important not only to professional growth, but creative growth as well.

Early in one’s creative career, it comes along every so often: a gig that plants you outside your comfort zone and gives you the opportunity to learn a new way of working. That’s why I jumped at the opportunity to work with the Army in this capacity, and honestly, decided to figure out the details as I went. Making the decision to teach myself anything I would need to know was key.

Consciously assessing your own ability to learn on the job is how, in my experience, creative content producers progress to ever larger projects. The size of the project can be measured both in scale and ownership of the end product, whether that’s a menu redesign, a photo spread or a giant virtual avatar of a soldier projected 20 feet high on flying video panels.

Example: Last week, the crew consisting almost entirely of soldiers drove up to Austin from San Antonio for our blue-screen studio shoot with the actor playing S.A.R.G.E., an acronym that I’m not at liberty to divulge but one which I will describe as a really cool-looking digital avatar of a soldier who will play throughout the show. If you envision something Tatum Channing might interact with on a personal device in the next G.I. Joe movie, you’re probably not far off. He’ll be acting as an emcee for the proceedings, digitally, and once he plays opening night, he’ll travel by hard drive around the country and play before, well, hundreds of thousands. Weird, but really energizing.

The decision to dive in head-first is paying off with an electrifying dynamic at play: Technically I am slightly under-qualified for the job, but I’m also given immense trust and confidence in my creative decisions. This is the sweet spot I want to be in, and I think it’s the spot creators and makers want to be in too, in order to really gauge the momentum of their own professional goals.

Sitting here, editing S.A.R.G.E. — who right now appears only to be a bald, confidently smiling man in a specially designed uniform in front of a blue screen — I relish the fact that in a couple of weeks I’ll be helplessly sitting in the back row of the theater with my fellow film producer watching a building full of soldiers and their families be entertained by a 20-foot tall S.A.R.G.E. Then I will move onto the next, hopefully challenging, job.

Blake Buesnel works as a freelance videographer, designer and marketer in Austin, Texas.

View all posts by Blake Buesnel →