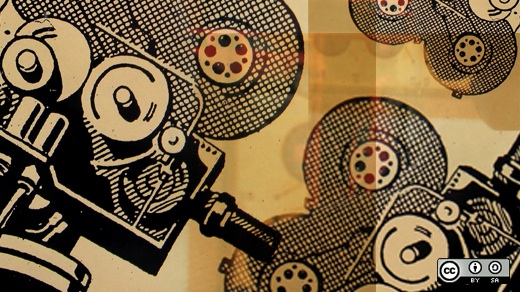 Dear Rich: A woman has asked me to do a documentary on her. She wants to pay me for shooting, editing and basically putting the whole film together. Do I own the rights to the documentary or is it split up because the idea to do it was hers and she’s paying me as an independent contractor?

“Good ideas are common—what’s uncommon are people who’ll work hard enough to bring them about.” Those are words spoken by someone to whom we once provided legal advice (and one of the few people to win a court case protecting a short phrase.) He had a lot of clever ideas and was able to turn them into pithy creative expressions. For that he was rewarded with a copyright.

Right, you had a question. If the only contribution made by the woman who hired you is the “idea” to make the documentary, then she would not have any copyright claim to the resulting movie unless it qualifies as work made for hire (below). For example, we have this idea to make a documentary about our jet-setting bon-vivant doctor uncle. Great idea, we think, but worthless unless someone takes the time to express the documentary (hopefully in a manner that is as interesting as the subject matter). So, even if the woman offers you some suggestions about whom to interview, or even what to ask or where to do the interview, it’s unlikely—if that’s all she provides—that she will have much claim to the copyright in the result.

If the woman hires you as an independent contractor. If the woman is paying you as an independent contractor, that brings us into the world of works made for hire. In order for it to be a “work made for hire” made by an independent contractor, your situation has to meet several criteria including a written agreement that designates your work as made for hire. Alternately, she could create a written agreement where she pays you for services, and in return you assign her the copyright. Finally, she may agree that you own the copyright but may contract with you to receive a payment from any revenues based on her cooperation in making the documentary. Even if you don’t get the agreements right, it’s possible that if the woman is paying you, a court may imply certain rights to the woman based on your working relationship.

Bottom line dept. Things can get messy if you don’t sort this stuff out before you start. We’d suggest that you check out a couple of good legal film resources before proceeding: Clearance & Copyright: Everything You Need to Know for Film and Television, and The Pocket Lawyer for Filmmakers: A Legal Toolkit for Independent Producers