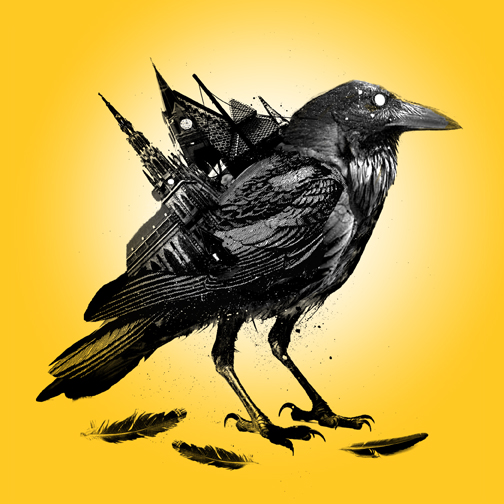 The sketch phase can be the most difficult part of a project.

This is where the majority of the hard THINKING has to happen, and sometimes zeroing in on a rock-solid concept winds up being harder than making an image.

I recently had the pleasure of working with French metal band Hacride on album art for their new release. I had worked with these guys before and we have a good relationship so they gave me a lot of freedom. As it worked out, I wound up doing a TON of sketches for them. I got excited about a bunch of different ideas and wound up, honestly, kind of overdoing it.

There’s no denying that this is a pretty absurd number of sketches. For whatever reason I just couldn’t seem to find a solution we were all happy with at first. This is one of those tricky situations that you run into in freelance illustration. Normally I would start charging an additional fee for this much extra work. This happens to be a band I’ve worked with before, and I respect them both as a client and as a band.

In other words, I made an exception for these guys because I like them and what they do. And I really wanted this album cover to turn out as well as it possibly could. And I’m actually glad I did because we did eventually settle on a good image for the cover, and I got a lot of solid work out of the deal. This is not the best way to handle every client, but when you are your own boss you get to make exceptions every once in a while. In this case, I chose to push in a little overtime.

Here are some of the sketches (OK, 23 of them) I’ve chosen to show you, including the final one we ended up using.

So yeah, this is a whole lot more work than I probably SHOULD have done for this album, but I wound up with a bunch of art that I’m excited about and that’s kind of what I got into this business for in the first place.