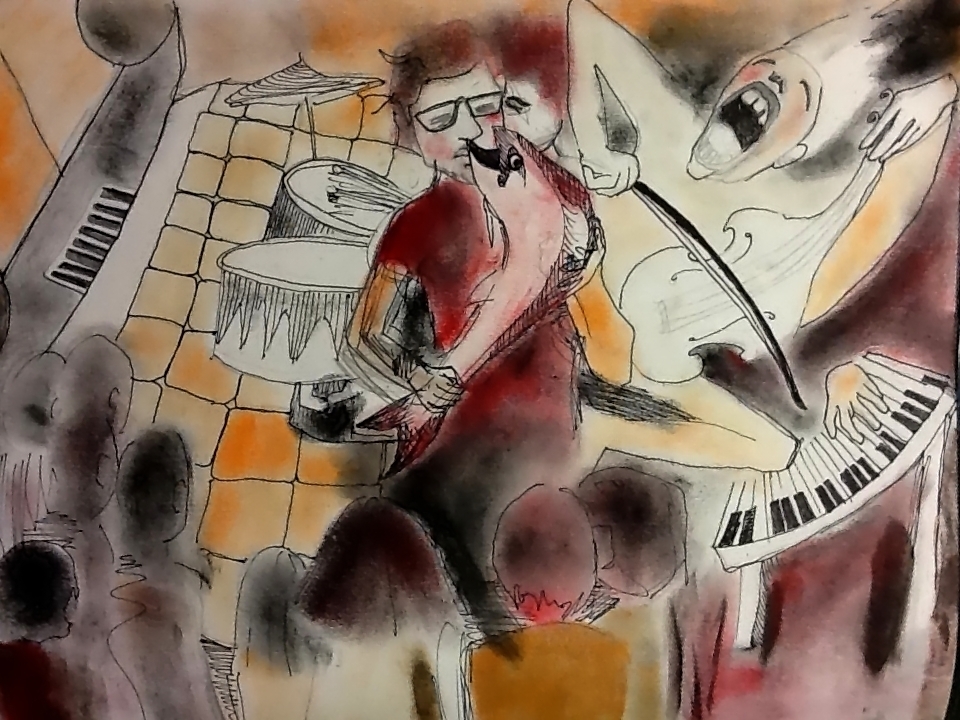 Art theorist Dave Hickey says the best way to help a local artist is to buy him a bus ticket out of town. The very nature of the term “local artist” means you have failed. So when that nice couple from behind the church house bought me a bus ticket from Wetumpka, Alabama all the way up to New York City, I could not believe my luck. When I stepped off the bus, there was a man in an open street band playing a giant fish! And they sounded pretty good!

Did he know he was playing a fish or did the power of his rocking just turn everything he touched into a guitar?

The artistic statement they were making was profound.

“We break out the salmon,” said fish-playing guitar hero Chris Chris, “because, really, music is like, it’s not just with musical instruments, so we brought a salmon on stage to show that the music is within each one of us. Sometimes people are like, ‘Is that a guitar or is that a salmon.’ You know? It plays with your mind.”

And then it suddenly all made sense to me. All the atoms in our bodies come from super novas! The cells in my body have been splitting since the beginning of life itself!

At the end, Chris Chris threw the giant salmon out into the audience as he called out, “It’s what’s between the notes that matter! This fish is like the silence! It’s dead! But we gave it life tonight!”

The crowd cheered and cried as bohemian visions of our fishy futures swam before our eyes.

“They’re trying to say,” said a crowd member, “that the music is a part of us all, even a dead fish.”

Chris Livingston contributed to this article.