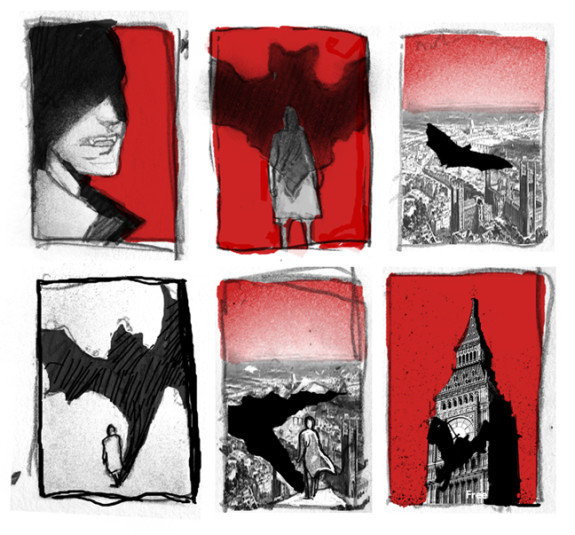 I’ve often heard the job of an illustrator is primarily “problem solver.” This is, of course, a skill set that’s useful to artists of all kinds, but there’s definitely another layer of madcap unpredictability when you add in the client-illustrator relationship. I’m not just making decisions to help me arrive at the best version of my image, I’m aiming to make the image my client wants. Sometimes that can lead to some pretty scary or frustrating places.

I was working on a small book cover project for a friend’s novel, The Shadow of Dracula, and had sent several book cover sketches. Of course I had a favorite and was doing my best to influence my client in the direction of that sketch. I tend to be pretty shameless about this sort of thing, making my favorite image higher resolution, bigger, more color, or just more fully worked than the others. This is war and I’m not about to pull any punches! I tend to think you wind up with the best images this way.

Well despite all my most sincere and underhanded efforts, the client chose one of my least favorite sketches. In fact, I had included this one almost just as padding — a clumsy smaller sketch to elevate the one I considered the “real winner.” You can imagine the panic and frustration that I had to fight to keep to myself. I’m certain I must have said, “No, not THAT one!” out loud to myself. 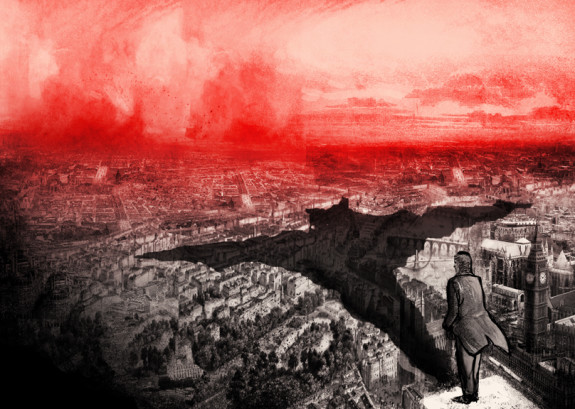 The concept we went with involved a bird’s-eye, Dracula-era London cityscape, which is a pretty daunting task. Honestly, I’m sure that fear was partly why I hadn’t wanted to go to finish on this particular sketch. I had my heart set on something really bold, simple, and iconic, and this was feeling anything but simple.

As I worked through the image I found it could really be all about the great, black, bat-like shadow cast across the city as apposed to the specificity of buildings. I used some collaged bits of old etchings, as well as some drawing, photo, and digital painting to convey something at least fairly similar to period-appropriate London, and then got to focus on what I was really excited about—making the image feel stark, harsh, and foreboding (a.k.a. my comfort zone)!

While the piece started to really come together, I found the stark shapes and monochromatic colors could actually work to support the cityscape, and that this could still be a bold and iconic image even if simplicity was no longer on the table. Once the problem of rendering expansive bird’s eye London was solved, I was able to relax and just have fun with the piece.

As it happens, this job actually went very smoothly. The client was really nice to work with and we’re both quite happy with the result, despite my initial fears. The sad fact of the matter is that I’m a far better illustrator than I am a psychic, so I have to be ready to make the best out of any concept. The cool thing is this can actually force you to push yourself extra hard, and that can lead to pretty exciting results.

So thanks to my unpredictable client for being a mystery. I’m sure the final illustration is more interesting as a result. 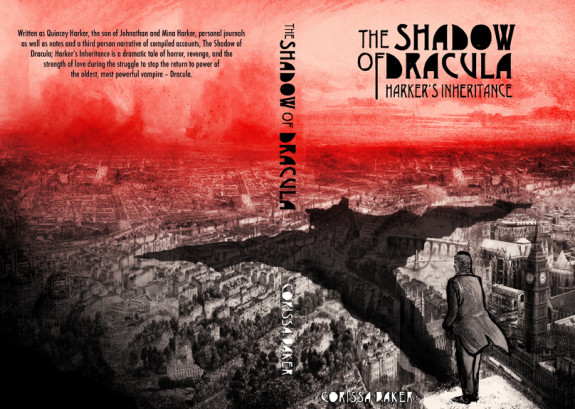 All illustrations by Alex Eckman-Lawn.