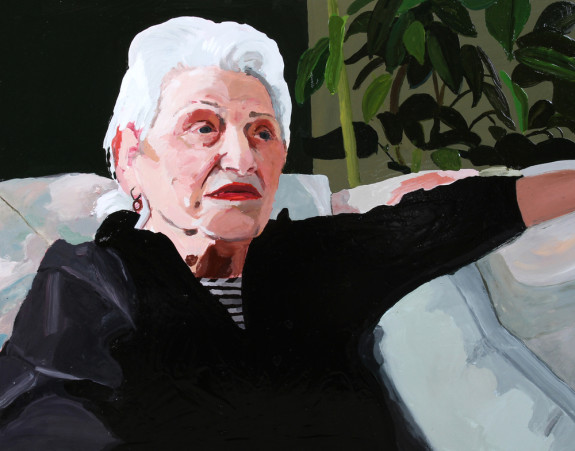 My show at the McNay Art Museum was in January 2011. The work in this show emerged from my undergraduate paintings where I was trying exhaustively to paint every person I had ever known. For the McNay exhibition, I chose to focus on portrait paintings of McNay curators, as well as art collectors in the San Antonio community in front of paintings they collect.

This was a strategic decision on many levels; I was trying to position myself as an up-and-coming painter of people in a time where portraits are not exactly hip. Geometry is hip. Brightly saturated color and fluorescents are hip. Naivety is hip. But portraits are most certainly considered “out” as far as I have been able to tell. But I didn’t care. This exhibition at a respected national museum gave me the kind of cred to launch my career. And it was based on a personal connection to McNay’s Chief Curator Rene Barilleaux, just like the subjects of all of my paintings to date. It made complete sense. 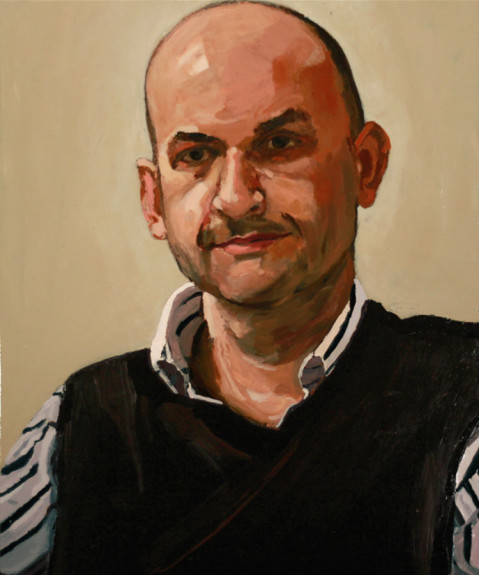 One of my first portrait commissions after the McNay show

After the opening, I started to get requests for portrait commissions. I was apprehensive to follow through because I had such integrity in the decisions I made regarding my subjects and the way I painted. In the past, I chose my subjects based on a personal connection. It felt foreign for a stranger to approach me to paint their likeness, their personality, their demons, their strengths. But as a poor, recent grad-school dropout, I capitalized on the opportunity. After all, I knew I had innate entrepreneurial skills.

As an eight/nine/ten-year-old, on the weekends, I fashioned myself as a saleswoman in my front yard. I loved selling anything. At eight, I sold lemonade and, later, hand-made friendship bracelets. When I got older, I was more clever — I sold VHS movies from my mom’s collection (movies like Back to the Future, a classic yes, but I figured the 30 + times my brother and I watched it were plenty and it was time for this film to find a new home — to our across-the-street neighbors for two bucks in my pocket). 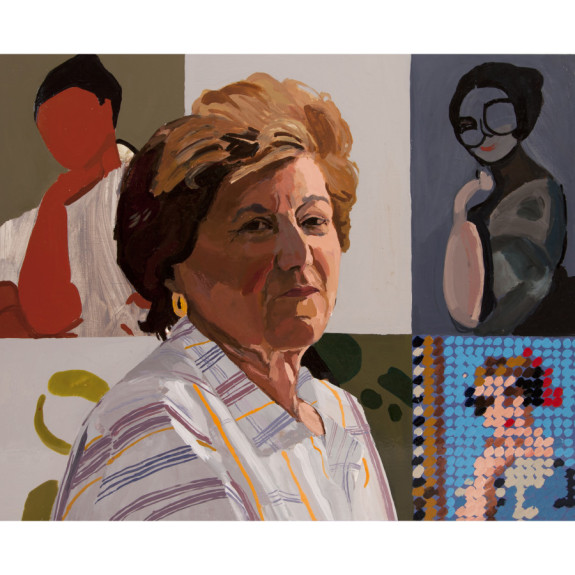 I loved people, even if I was anxious around them. I loved selling things. But for years as a working adult, I sold other people’s things. At Christie’s, I sold collectors, galleries and museums prints; at Riverhouse Editions, I was the director of sales; at Flatbed Press, I continued selling prints. And the McNay … Well, the McNay was the necessary catalyst for me to realize I could be an artist. While I was working there, and commuting 140 miles a day back-and-forth to Austin, I made my first painting in a long while of Tucker Burns, a long-time McNay docent in her ’80s. She had a spark, so I painted her. She bought the painting.

The exhibition at the McNay and the subsequent requests for commissioned paintings made me realize that I was using these same innate skills from my childhood as an adult (genetic? I am also the daughter of a brilliant investment banker of 27 years turned double-masters-degree CPA mother, and creative-fiction-writer father). 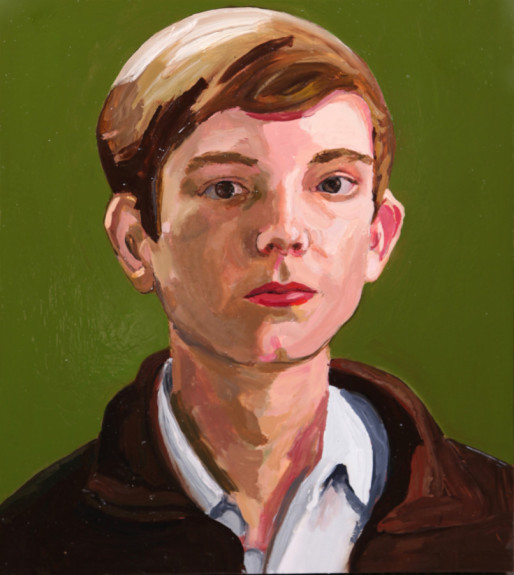 Jim in a portrait commission

Getting commissions was a new source of confidence. Although my dream is to make paintings that I direct holistically, getting paid to make art in any fashion was a concept completely foreign to me. My society discouraged me from painting for a living — it was such a source of anxiety for anyone I mentioned it to. “You had such a steady job! How could you give that up for such uncertainty? You had benefits! That was so irresponsible!! What were you thinking?!?!?”

In the next and final installment of this series, I will expel where I am today. I haven’t yet met my ultimate goals and dreams, but with planning and confidence, I’m certain I’ll reach them — I already have reached so many of my goals that five years ago I thought were impossible. Creative freedom is all about learning about yourself, noticing patterns (good and bad) and planning.

Stay tuned for next Monday’s fourth and final installment, a real firework of a story-ender. You can revisit part 2 and part 1 here!