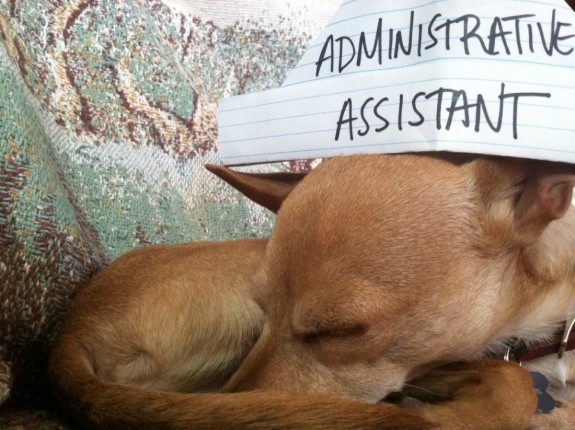 As I wrote in the first installment of “I Wear Many Hats,” computer-y stuff can be a drag. I really wish that I could be more into internet PR, but you can only fake so much enthusiasm for a computer screen when you’d really rather be taking a walk or planting tomatoes or practicing or recording the internet’s next viral video.

I know that sentence seems schizophrenic, and I’m okay with that because the recording of the internet’s next viral video is different than being on the other end of the time-sucking internet vortex where you  spend hours on things like the origami boulder and morbid fact blogs.

There’s a big part of me that doesn’t want to deal with this stuff at all: social media, blogging, tweeting, smartphones, devices, etc. That part of me won out for a while, and I still slip into funks about it every once in a while. For example, I hate how every single platform’s interface (whether we’re talking about a social media site, a video sharing site, or a browser-based email service) changes on a regular basis, and not necessarily for the better. It just becomes this constant game of readjustment: you gotta relearn the system ’cause the code writers and web developers have gotten to it again. Great. This is just part of what makes computer-y stuff feel like an imposition in my life. Plus, I don’t like the way it makes my brain feel.

Also, now seems like a good time to mention this good point that Ari Herstand, a musician and advice blogger, made in one of his recent blog entries. He talks about the specific changes that Facebook has made to the way it shows users content, so his moral of the story amounts to this: You can’t depend on social media — a middleman — to connect with people who listen to your music. (To do that, you need something like an email list, which you actually have control over.) Social media sites are constantly in flux. It can feel like they’re jerking you around. And that feeling sucks. It makes me want to run away, far away, and live like a hermit in the woods without electricity, plumbing, and most importantly, the internet.

But, here’s the point at which I realized it was okay that I wasn’t doing more stuff online: when I read this blog entry by Joy the Baker. Her name is Joy, she’s a baker, and she has a blog filled with recipes and occasional gushing (over things like Instagram). She also does a podcast, and in an episode which I have not been able to locate (many apologies for my poor journalistic skills) she mentions how big a part of her life her smartphone is. “The whole world is in there,” she says. “I mean, the world is out here, but it’s also in there.”

I’m cool with Instagram. I’m cool with my smartphone, mostly. I don’t love them like Joy does. I kind of wish I did, because that would make it so much easier for me to pump out the volume of content she does across the myriad of social media’s most popular platforms. She seems to love doing all this stuff. For the most part, it seems as though she’s not forcing herself to do her chores, to take her medicine.

So I shouldn’t, either. By now I’ve started to look at this stuff — technology — not as an imposition, as a grueling chore, as an elaborate mode of energy-draining developed by evil vampires, but as a helpful tool. I try not to let it take over my life, because there has to be a happy medium. I just mostly haven’t found it yet. Yeah, I vascillate. There are times when I slog long and hard in front of the computer screen, then compensate by staying away from my email inbox for panic-inducingly long periods. Where’s the balance, man? For me, it lies somewhere in between home-grown tomatoes and DIY music videos.