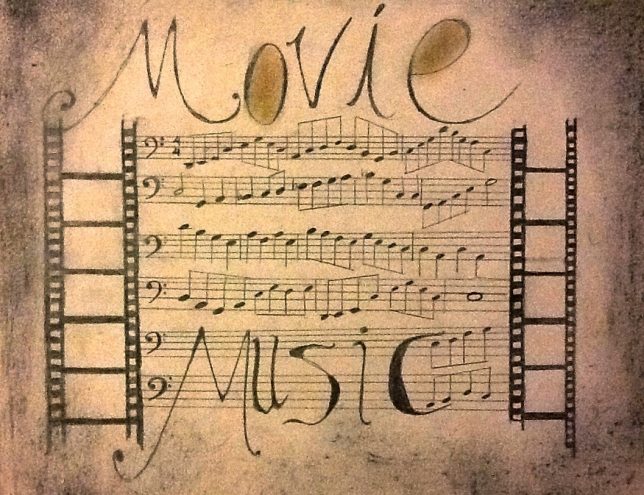 I’m usually on the lookout for ways to mix my music into a film. I’ve gone to film industry seminars talking about how to get your song placed in a movie. I’ve written short pieces of music for people’s short film projects, always in collaboration with someone who had recording equipment. I’ve written short piano pieces for radio shows and video segments. But I never got to actually work on the music for a feature-length film from start to finish until I was flown out to Austin from Florida on February 1st after accepting an offer write music for Colin Healy’s “Homemakers,” which is looking to get placed in a variety of film festivals.

I got an on-the-job lesson in how scoring for a film works. I have many friends who are interested in this line of work but are unsure of how to get the ball rolling with it. Here are a few basics to know before you score your first score.

You’re not supposed to just directly rip off the temp score.

The director or film editor will give you what is called a temp score, the temporary music which could be anything, whatever music he or she wants you to more or less emulate, something that captures the feel of the scene. It will be a piece of classical music or a song with words or something heavy and industrial by some ’80s group or a wash of atmospheric sound. That sort of thing. So, say for the third scene, you have a lighthearted hopeful conversation going on between some people at the dinner table, and the temp score is a hoppy pizzicato piece with happy energy and some interesting rhythms going on in the background with bass and some drums.

Before writing the final music for that scene, you can go one step further and call the director to say, “I’m working on the dinner scene. What is it you liked about the temp music score for that part?” ‘Cause you’re not supposed to just directly rip off the temp score. And then he or she will tell you what it is they like about it and that is the stuff you incorporate into what you are writing for that particular scene, and the director is then more likely to be happy with what you did because you guys already talked about it.

I watched the whole movie once, and then tackled it by watching a particular scene over and over again while listening to the temp music that went along with it. Then I would press record on the recording machine and play to the scene. Restart the scene, play along again. Keep the recorder on in the meantime. Sometimes I would sit there for an hour coming up with variations on one general idea for a one-minute scene, and then I would go back over all of them and pick the one that sounded the best and send it to the director for review. Sometimes the pieces recorded on piano were good enough to use exactly as they had been recorded. Some of them have to be notated for the string players to read.

Real instruments sound better than sample sounds, unless you have a top-of-the-line software that emulates real instruments. Since you’ll be working within whatever budget they have reserved for music production, you can find instrumentalists for a cheaper rate through music students at your local university. They want the experience and recognition and are generally willing to work with you and your limited resources.