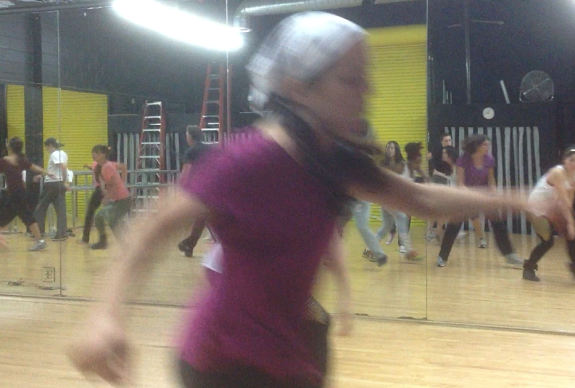 I’ve been taking some hip-hop dance lessons for a while now just for fun, and one of the teachers asked if I wanted to be in a piece for this showcase that the dance studio is holding at the end of March. The SECOND I read that email I got nervous. But of course I said HELL YES as I have always had a secret dream to be a Fly Girl. (Remember that show “In Living Color?” J. Lo got her start here dancing as one of the Fly Girls on the little interludes before the commercials.) I’m pretty pumped up though, because it’s something I’ve always wanted to do, along with playing an open mic somewhere (although I cannot sing) and zip lining. So I’m very excited.

I’m not super great, I know, and I fear my time to be a backup dancer for Justin Timberlake has passed since I didn’t start doing this straight out of the womb or anything. I don’t know why, I guess it was something I wanted to do but didn’t think I could put into motion, so I just didn’t give it a second thought. Also, I don’t remember the internet existing until I was in high school (back in myyyyy day, we had to walk 5 miles to school in the snow!) so I’m going to use that as my big excuse for not finding and starting dance classes sooner.

Anyway, I’ll have to keep updates on this. I’ve been to one rehearsal, we learned about 30 seconds of the routine, and now I’ve pushed the futon in my studio here at home up against the side wall and have been practicing like a psycho in the middle of the floor by myself like I’m in Flashdance. But with less running in place. I had my husband come check out what I’ve learned so far, in part to practice in front of new people and get used to being nervous, and in part because he’s really honest so he’ll tell me if I look like a flailing octopus. His only real comment was about the fact that I was bending over too much (in an unsexy hunchbacked fashion, apparently) and needed to flatten my back and stick my ass out more instead. “More bedroom, less bathroom,” he said. I suppose this is a lesson for life itself, really.

The last time I did a live performance of anything was in high school, after I won this piano competition and the winners got to play one piece for an audience. We could invite whomever we wanted, so I had my parents there, my piano teacher, my boyfriend and a few friends. I think I was like 7th to play or something, so I had to listen to a bunch of freaking Rachmaninoffs play before me, which made me even more nervous than I already was.

When it was my turn, the pressure of having my friends there and wanting to be a perfect pianist cracked me, and even though I wrote a previous post about you should FUCKING ENJOY YOURSELF while doing these things (and how ironically, that got me to win this award which got me to this performance for family and friends), it was too much and my hands shook so badly through the whole thing that I barely managed to finish. My teacher even told me the next day that during my performance that she was shrinking further and further down in her seat as she was so uncomfortable with the level of train wreck I displayed. Oh well, I won $500.

Anyways, I really hope this dance showcase is not a repeat of that. Not like it will be, because, again, like in my previous post, I’m going to fucking enjoy this. I’m going to be a Fly Girl with my flat “more bedroom” back, dammit, and I’m pretty pumped up about it.