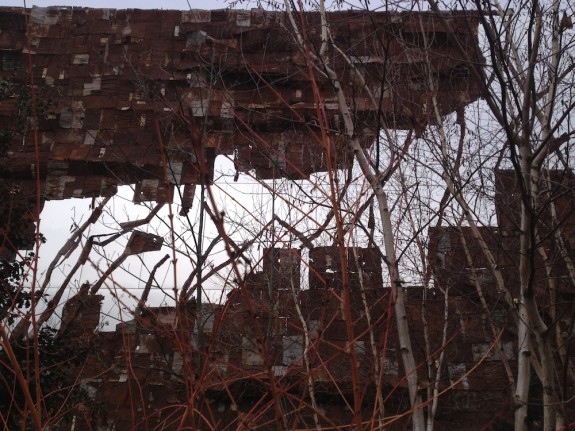 A trip to New York is full of promise: possibly for design inspiration, or for overwhelm and overstimulation. I had the great fortune to deliver two orders to New York in March: a 10-foot dining table to TriBeCa and four Bare Bones chairs to the Lucky Brand Jeans showroom in the fashion district on 7th avenue. The order excited the publisher at Pyragraph with possibilities for a blog post, so I approached the trip with eyes wide open for article ideas.

Besides delivering the furniture, I had two destinations in mind, the High Line walkway and the Guggenheim Museum. I’ve been a long-time subscriber to The New Yorker. I read about the High Line’s opening in 2009, but I’d never had the chance to visit. It’s an old elevated railway on the lower west side near SoHo and Chelsea that’s been converted into a mile and a half long garden/park/boardwalk. Since reading about it then, I’ve seen various pop references to it here and there including humorous asides about going there to watch people in adjoining apartments have sex. In January when researching a post about the artist El Anatsui, I discovered he was displaying his largest work, “Broken Bridge,” this winter on the High Line. This was to be my obvious first stop.

Abbie, my NYC host and near-life-long friend, walked with me from her Gramercy Park apartment the 10 blocks across the island, describing the success of the walkway in attracting energetic, unconventional architects to design new buildings near or along its length. Though it was a weekday and cold, the elevated park was full of walkers, strollers and gawkers. We came up on it at the exact spot of the El Anatsui installation and Abbie, an artist herself, quickly broke down the essential qualities of the piece, how it transformed a formerly blank cinderblock wall and interplayed consciously with the trees planted on the High Line beside it. The piece uses a combination of rusted metal (I believe from some sort of shipping containers) and mirrors, which Abbie pointed out took the wall away completely and replaced it with reflections of the sky.

Though the sculpture is interesting, my attention soon turned to the High Line itself.  At times the long cement pavers of the deck merely span 20 feet or so between beds of grasses and plantings, and at others they widen out to platforms, some of which are developed as areas to linger to watch the city below as if it was theater.

The park furniture designed along the trail is suitably spare and quasi-industrial. I love the frequent benches that rise like a ramp from a paver and transition to “two by” wood material at the seat. Other seats and tables look like stacks of lumber carted in by the long-ago retired trains. 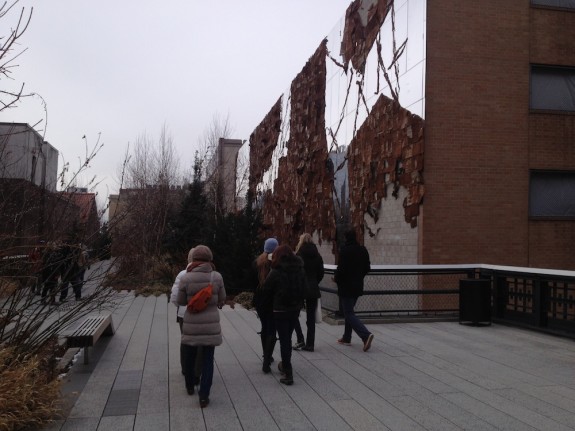 Beneath the southern terminus of the trail, is the Chelsea Market — itself a feast of design (and food stalls). There the trendy re-use of city and industrial materials was on full display with former cast-iron Victorian lampposts being turned upside down and used as hollow torchieres, and re-bar doubling as hand rails. My mind, however, was losing hold of what to concentrate on to write about. The palate needed cleansing with art.

The Guggenheim is closed on Thursdays, so I opted for the MoMA, another museum I had never been to. Let me just say that though I did not have a crowning experience like Basquiat did in Julian Schnabel’s eponymous biopic, standing inches from “Starry Night” and “Les Desmoiselles D’Avignon” was akin to being near a movie star or musician I admire. I got flushed and a little bit nervous. That was weird and had never happened before and was exciting as can be.

The next day I  decided to go see some real Basquiats. There were 59 of his paintings on display at the Gagosian Gallery which happened to be under the High Line. At another Gagosian around the corner were three grand rooms full of Helen Frankenthaler paintings from the ’50s. I must have walked by two dozen other galleries in between.

Things to do in New York at night are legion and legendary. My assistant for this trip found a blurb about one of his favorite ’80s bands, KMFDM, playing that night and only three blocks from our Gramercy Park digs! Who’s ready for throbbing synth beats, heavy metal riffs and some sort of manifesto lyrics, right? We were ready that’s who.

Still, I hadn’t found the right subject for this blog. Dropping off the chairs at Lucky Brand was a bit disappointing. The buyer in LA hadn’t really informed the office manager in New York and she seemed a bit peeved and completely disinterested in the chairs. 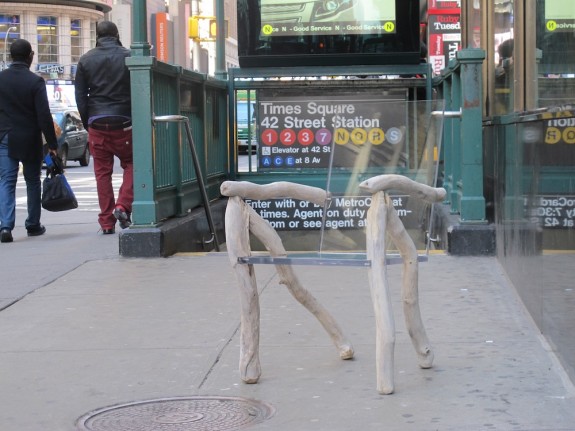 No story there. The next morning, as we sped in the taxi  to LaGuardia, the city — all its design wealth glimmering silver across the river, I felt I may have to wrangle a post out of the experience. Then because of my burgeoning distaste for Spirit airlines with its rules and sneak surcharges, my muse crystalized.

Our row mate on the flight back to Detroit groaned along with us as the flight attendant elaborated all the rules which led us to strike up a conversation. She was a high school humanities teacher grading students’ arguments for their favorite work of art. I told her about the MoMA, the Basquiats and Frankenthalers. She said she had been in town for a national yearbook convention. Hey, I had been on the yearbook staff (back in the ’70s — well, 1980). I showed her photos of the table and chairs we delivered and she said, “You know, you ought to contact your yearbook and newspaper advisors, they’d be proud to see what you’ve done since then.”

“I just spent the whole weekend with Martha. She’s kind of a bigwig in yearbooks now.”

These things happen every once in a while, but still they seem imbued with a little bit of magic. I thought back to those high school days. I thought back to the surprise and embarrassment I felt for my stoner purple T-shirt and high, high cutoffs that I was wearing in front of the whole school assembly as I accepted my award for work as the editor for the school newspaper, The Viking, and for my work as yearbook photographer. I remembered that it wasn’t 15 minutes after school that day that I had cashed the check portion of the award and bought an ounce of weed with my bud, Jimmy. I reflected that Jimmy is dead now.

I hate weed. I hate that I was a  (pot) “head.” In fact I have led my life much more like I did as the editor of The Viking than as a stoner. I really blossomed at the paper. I could feel it even then. I carried a little notebook to jot down story ideas. I loved meeting and planning with the paper advisor, Marcia Wilkers, the arc of coverage we wanted to try to publish over the year. It was the one thing in school that fired me up.

I sat on that plane from New York thinking about the past and an idea popped into my head. “Would your students like to have a guest lecturer? I would love to put together a slideshow about art and design and living your true core. I think I could relate well to them.” She jumped at the offer.

Lately I’ve found myself having talks with early-stage artists, almost pep talks. People seem receptive to my story and some of my ideas about how to work for yourself and make it work for you. I think that developing a slideshow to take around to schools and other clubs might be a good way to hone my thoughts on the subject, maybe even enough to put them together as a book.

Sometimes you search for ideas. Sometimes the ideas find you instead.

Three days of exposure to the fertile ground of New York’s art and design world had my mind open and receptive as a freshly tilled garden bed. The great thing is that the inspiration turned out to be not just specific design, art and writing ideas but a more expansive and long view: a seed planted that may help me make sense of my long career, and that may also help inspire other creative people to trust their talents above all else. 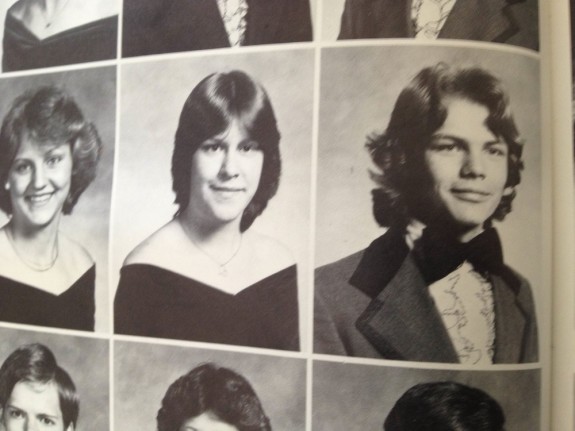