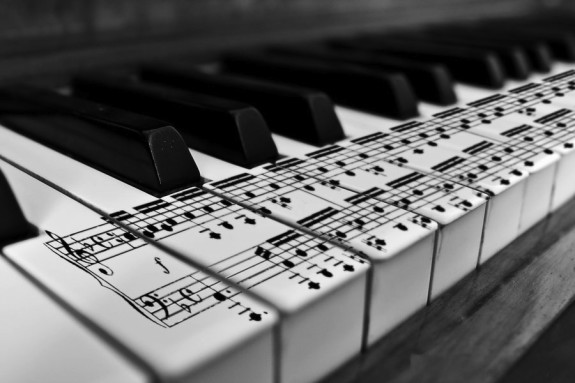 First off, articles and seminars that explain how to license music often make it sound too easy. And overly lucrative. If you do license a song, you may be shocked by the fees — often just a one-time payment of a few thousand dollars (or no payment at all if the licensor convinces you to do it for “the exposure”). Still, some musicians succeed at music licensing, and in a post-Napster world where recording sales have flat-lined, music licensing remains one of the few real sources of revenue. So, if you’re interested in giving it a shot, this article will help familiarize you with some of the concepts behind music licensing.

Bottom line: If you or your band wants to license music directly, you should control both copyrights because most agents, supervisors, and online services will ask you to sign off on the ownership of both. That includes permission for any samples used within the compositions.

When companies license music, they obtain permission to use existing compositions and recordings. But sometimes, music supervisors and other users of music want a musician to create new music specifically for their purposes. When music is commissioned specifically for a project — for example, a TV show wants a custom composition — copyright is typically acquired by the party paying for the work. The musician usually either transfers copyright ownership via an assignment, or under a work-for-hire agreement (when the hiring party acquires ownership of the music through an employer-employee relationship or an independent contractor agreement). This is different from a license where the person granting the license retains copyright.

Before embarking on your licensing quest, familiarize yourself with some industry terminology. Here’s a primer:

A common music licensing myth is that one deal — for example, getting a song on a TV show or commercial — can bring in bundles of money. That’s usually not the case. Revenues are typically under $20,000 per deal and that’s before you deduct the cut for the licensing agent or publisher who got you the deal. Some film or TV companies pay even less and try to lure musicians with the promise of exposure for their work. That said, a musician who becomes a reliable source for licensable source music on film, TV or in ads, can earn a reasonable chunk of revenue, particularly if the licensed music is played in re-runs or syndicated.

Fees for using a song in a film depend on the nature of the film (documentary or theatrical; independent or major studio release) and the use in the film — whether the song is used in the background, foreground, or in some special manner (such as when a character sings the song). The fee for use of a song in the background of an independent documentary may start at $500. Fees for nontheatrical corporate video synchronization licenses may range from $500 to $1,500. Fees for using a song in an independent theatrical release may range from $5,000 to $15,000. Fees for use in a major motion picture are generally between $10,000 and $25,000. These so-called synchronization fees do not include separate fees and royalties for videogram licenses.

How Do You Do It?

How do you get your music into the hands of music supervisors, those gatekeepers who decide whose music is heard during an episode of “Justified”?

Like everything else in the music business, it comes down to (in order of importance) personal contacts, tenacity, luck and oh yeah … talent. Although the vast majority of licensed music is pulled from the catalogs of well-known musicians whose fame and back catalog attract licensing interest, occasionally a non-superstar lines up a series of licensing deals by one of the following methods:

Route 1: Music publishers. An established music publisher — for example, a mega-publisher like Universal or Warner Chappell — has relationships with movie and TV studios as well as advertising agencies so they’re constantly pummeling music supervisors with music they represent. So, if you can land a music publishing deal, you’re often halfway to a licensing deal. But there are downsides to signing with music publishers as well. Being signed means that you agree to give up a portion of your songwriting revenue and copyright ownership. Also, not all publishers promote their writers. Getting signed to a successful music publisher is a serious challenge in itself. If you don’t know or understand the world of music publishers, check out one of the many books on the subject. Our personal favorites are both by guys named Randy: Randall Wixen’s The Plain and Simple Guide to Music Publishing, or Randy Poe’s New Songwriter’s Guide to Music Publishing.

Route 2: Agents and reps. Enterprising individuals — often previously employed in the film, TV or music industries — act as licensing agents for musicians. They may want you to create music for projects or use your existing material and of course, they’ll want a piece of the pie. The downside here is that anyone can become a licensing agent. You don’t want to find yourself signing away all your rights to a do-nothing who’s hoping you hit it big so s/he can cash in. Finding agents is sometimes as hard as finding music supervisors and is typically accomplished by asking around through music business contacts, or perhaps at trade events. An Internet search — try “music licensing agents” — may turn up some leads but you’ll have to sift through a lot of flotsam including many companies who specialize in acquiring permissions.

Route 3: Online music licensing services. Online services seek to connect your music with licensing opportunities. Perhaps most well known is Taxi.com, which comes with a hefty $300 sign-up fee (and $5 per song submission fee). Taxi makes legitimate licensing deals but the downside is that even by paying the $300, there’s no guarantee that your music will land in the hands of music supervisors. That’s because Taxi pre-judges every submission and if the company’s gatekeepers don’t like your music, no matter how professional or brilliant, you’re out the $300. Other services also exist such as Juxmusic.com, Broadjam.com, Sonicbids.com, YouLicense.com, Rumblefish.com, Pumpaudio.com, Musicsupervisor.com, Musicgorilla.com, and Songcatalog.com.

Route 4: Buzz generators. Although this route is likely to produce yawns from most musicians, the fact is that it’s always better for a music supervisor to be chasing you rather than vice versa, and the only way of doing that is to generate buzz as a performing musician, or if not performing, with a viral video at YouTube. Sometimes, generating buzz means offering your music at discounted rates — for example, working with student filmmakers, using Creative Commons licensing, or doing anything that has some buzz potential and will get your music and name out in front of music supervisors. If you’re working for free or cheap, insist on prominent credits, with live links (if possible).

Route 5: Discovery via PML. Occasionally songwriters and composers are discovered after writing music for production music library (PML) collections. You can find contact information for production libraries (of which there are dozens) on the web or through intermediary services such as Taxi.com.

Want more info? This article provides a cursory look at licensing music. If you may want more information, check out the many books or seminars on the subject. One of our favorites is The Musician’s Guide to Licensing Music by Darren Wilsey with Daylle Deanna Schwartz. And if you’re looking for an all-around guide to music law, check out my book, Music Law: How to Run Your Band’s Business.