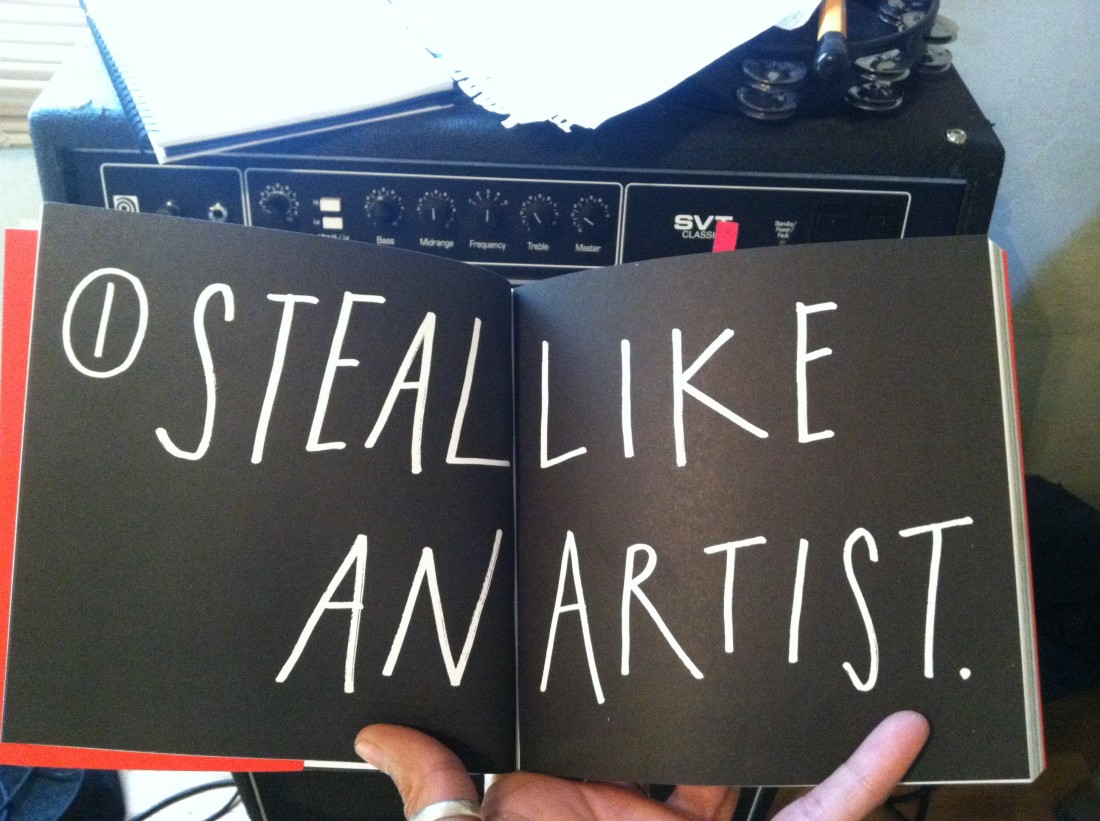 “I stole everything I ever heard, but mostly I stole from the horns.” —Ella Fitzgerald

I have a few cover songs in my set that have overstayed their welcome. I don’t know what happened. I used to love them and looked forward to playing them, excited for people to recognize them when I perform. I lost the loving feeling but couldn’t seem to give them up. One in particular, “Farewell Ride” by Beck, is such an emotive song and really helped me to define my style. That all changed when I read a book called

I think all creative people would benefit from this quick read. In this book he explains that creative people are curators of inspiration, collecting art, songs, etc. that capture something that resonates with us as creators. He encourages us to take our curating one step further by actually stealing the ideas. That’s right, art isn’t sacred; it is stolen and built upon and then stolen and built upon again and again. For more on this topic see “Everything is a Remix,” a TED talk by Kirby Ferguson.

I started flipping through the book looking at the drawings and scribbles, and then I even started from the beginning and read it. Part way through I took his advice, put down the book and sought out to write my version of “Farewell Ride.” I took all that I love about “Farewell Ride,” minimal, open, and repetitive with a dark mood, and created my own song, “Whispering Winds.” It worked out better than I could have imagined.

“Whispering Winds,” which is powerfully emotive and creates a sense of longing, breathed new life into my set. When I later played through my set I was surprised to find that “Farewell Ride” no longer fit. I released my grip on it because it had served its purpose.