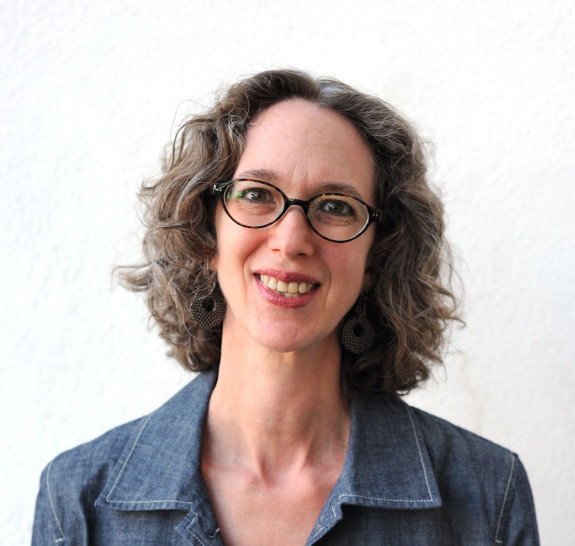 Suzanne Sbarge is the Executive Director of 516 ARTS.

Since you only have until June 1 to catch Flatlanders & Surface Dwellers before they take it down, Pyragraph rang up 516 ARTS director Suzanne Sbarge in Albuquerque for a quick chat to get caught up.

Suzanne Sbarge: It’s been great, there’s been a lot response from the general public; people have really responded to the tactile nature of the show and the colorful quality of it. There’s visually enticing work in the show and artists especially have enjoyed it because there’s a real feel for the making of the show.

Pyragraph: Will you have any programs or workshops going on while you’re switching shows during all of June?

Suzanne Sbarge: We won’t because it’s such a big process to take down one show and pick up another. But June 29th will be a very big day, which is unusual for us. Usually we just have an opening, but he’ll have the opening, a panel, and some events at the farmer’s market. It’s the first time we’ve ever done it. It’s a print-making action, a print blitz, at the Downtown Grower’s Market, at 9 a.m. And then we’ll have a parade of flags at 11.

Pyragraph: Were you there for Nicole Dextras’ talk on May 11 (Salvador Dali’s birthday!)?

Suzanne Sbarge: It was wonderful! It was a relatively small audience but an enthusiastic audience. There were a lot of gardeners there! Her talk was fascinating. She brought up many interesting issues about sustainability and the production of clothing and the economy and the environment; also, very humorous and imaginative the way she has carried out actions in community. The dresses she makes, they’re sculptural objects she has models wear and they go out into the community and interact with the public in interesting ways.

Pyragraph: So, 516 ARTS has full Native-American-related programs all summer? Is this art show linked to any bigger movement?

Suzanne Sbarge: For us, it’s part of a two-season series called Placed/Displaced, a series of exhibitions and programs that explore cultural identity through place. Our Fall show is about the U.S.-Mexico border. The Air, Land, Seed exhibit downstairs is part of something these artists and curators are doing at the Venice Biennale that have gone for many years in different configurations at the Venice Bienniale. Air, Land, Seed was made for Venice Bienniale and 516. We have resident artists John Hitchcock and Emily Arthur, and it’s the first time we’ve done it with the Visual Artist Network (we are new members). It’s a prestigious national organization and they help produce residencies. (In) the week leading up to the opening, the resident artists are doing a printmaking banner project. People can come to the gallery while they’re working and participate and observe. They’re working in the Native American tradition of giveaways and they give these prints away.