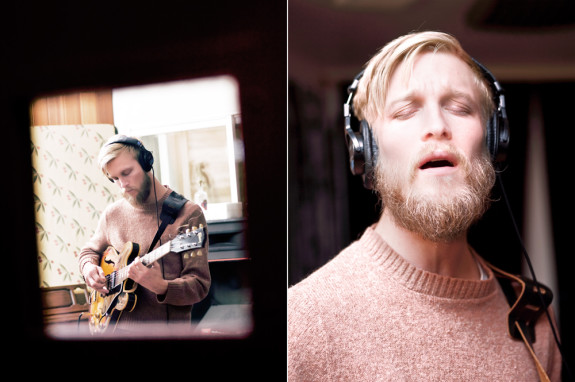 Ben Verdoes in a Seattle recording studio. Sometimes he’s a bandmate, and sometimes a hired gun.

As a singer-songwriter who often sits in with other Seattle bands, I’ve been burned on both sides of this classic argument: Do you treat the musicians in your band like equals, or do you treat them like your employees? Most bandleaders have a difficult time determining how to handle money raised at a show, how to split up responsibilities on the back end (finances, web management, booking, etc.). Whether the folks playing with you are your best friends or people you met on Craigslist, it’s wise to have a clear understanding of responsibilities before anyone gets their feelings hurt (or their wallets pinched).

Here are my own clear definitions on what constitutes a bandmate and what constitutes a hired gun. It’s obviously up to you to decide what roles you want your musicians to play, but leaving them in a nebulous middle ground is often the cause for arguments, miscommunication and, eventually, separation from the group.

Your bandmates have been around for a while, and they’re planning on sticking around. They have invested time and creative energy into your music, writing their own parts and helping you to shape your songs. Renting a new practice space? They’re helping to chip in on rent until the band is able to pay for it out of its own coffers. They’re out hanging posters, helping to promote your shows, and connecting you with their friends when you all head out on tour. You split the money you make from shows equally, with an agreed-upon amount of money going back into the band account. The band makes decisions (shows, releases, future plans) as a group.

Hired guns show up on time, learn their parts, play the show and leave with cash in their pocket. Maybe you pay them a set amount per performance, maybe you pay them for rehearsals as well. They could be writing their own parts or learning parts off of a recording. They’re not helping pay any of the bills, they’re not contributing to the songwriting process and they’re probably in a few other bands. They’re not responsible for chipping in on hotel rooms on tour, and you should be giving them some kind of meal allowance or per diem when you’re playing out-of-town shows.

Ultimately, the decision of who has control over your band is up to you as the songwriter. But if you’re not giving your musicians equal weight in decisions or paying them a percentage of your band income, make sure you’re not asking too much of them in return.