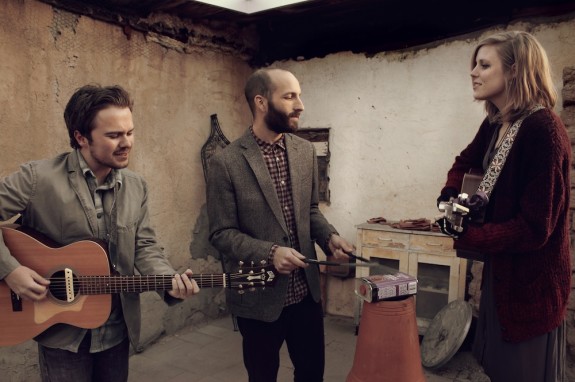 So, you’ve been playing in a band for a while and you’ve passed that hurdle of coming up with your own material and plenty of it.

It’s time to record an album. Get all the clichéd images of decadent studios with greenrooms and veggie trays out of your head, though. Instead, stay at home. Yeah, home, as in the place where you live, write, create, relax, and recharge without fluorescent lights and console chairs — unless you’re into that sort of thing. Home is where you make great meals and memories, why not add albums to that list?

For me, the appeal of home recording has always been the lack of pressure. You can spend hours upon hours really experimenting with your recording space, squander a whole day away without anything definitive to show for it and still be productive, never on the clock. This lack of pressure lets you really focus on the songs in a deliberate way, which is important when they’re your songs. There’s no real blueprint for recording songs, so it involves getting your hands dirty, experiencing some trial and error, and shunning safety and predictability. This is the epitome of a slow process, but the reward is timeless.

Of course the independence of home recording can’t be overlooked either, working with the mantra “Don’t tread on these tracks.” The avid home-recorder is a salt-of-the-earth craftsman who isn’t afraid to push creative limits in the name of engineering. Right and wrong take on relative meanings, and all that really matters is that the songs can stand on their own and reflect the fact that they are of this world (they hold emotion, they take up space, and they’ll leave a sonic imprint … hell, they’re even named). The wonder of recording is seeing how songs grow sonically: some poignant lyrics, sensible chords and melodies work as a great foundation, but it’s the texture that highlights and complements the emotional content that’s there. When the band is playing, the big red button is pressed and ideas are flowing, that miraculous conversation is the beginning of an album, EP or single, at least.

Wildewood’s self-titled album was recorded entirely in Albuquerque’s South Valley in a quaint adobe home near the river. Having had mixed results recording in studios, we were ready to make the commitment to record an LP completely on our own, and embrace the salt-of-the-earth mentality in the valley. For the most part, the songs we picked for the album had been in our live repertoire for some time, so we had a pretty clear mental image of where to take those songs or at least where they could go; although there were still surprises along the way. A few of the songs were newly born in the living room, and grew through the process of experimentation and trial and error, to become something unexpected but altogether welcomed. Slowly, the songs would present themselves to us. Some are uncomplicated and stripped down, simple and eloquent. Some are orchestrated, tangled and full of life, like cottonwood branches.

There’s a great sense of achievement looking back on the process, album in hand, realizing we did something very self-sufficient. Bands on labels with managers and associates don’t really need to be involved through the whole production process. We were there every step of the way, learning as we did things we’d done and never done before, and gaining a sense of how we can improve our process. We took something out of the abstract, or nearly abstract (songs, ideas, experiments), and we spent a lot of time working on that until it became a coherent album, we became craftsmen (and woman) with very long job titles. Now, not only do we get to enjoy having made an album, but also we get to share it among our community and support our work and take pride in the fact that it was all because of us, our self-reliance.

Wildewood is playing this Saturday night, May 18, at the 20th Annual Road to Rich’s, a legendary music and tie-dye party in Ramah, New Mexico. After that, you’ll find Wildewood playing around its Albuquerque stomping grounds, and come fall in Colorado and Texas. Album #2 will be on the way as well.