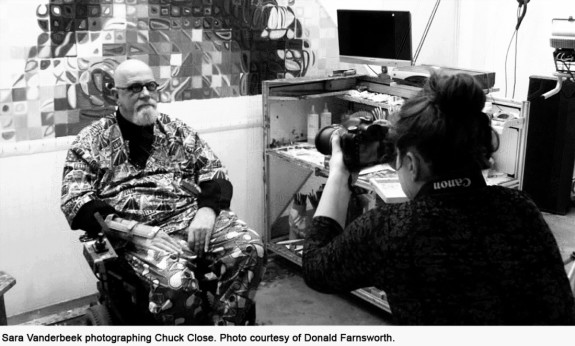 In this four-part series, I unpack how I went from corporate slavery to creative freedom by quitting my day job and investing in my art career. If you aren’t caught up with the first three parts, here is part 1, part 2 and part 3.

In the summer of 2011, I reached a HUGE tipping point. My meager retirement was gone and I was surviving on a few commission paintings following my McNay Art Museum exhibition, and a $500 monthly check from the San Antonio Hospital, doing the side work of helping them to buy art. I was constantly running low on financial fuel. I remember twice that spring I finished a commission and delivered it to my client sopping wet — oil paint and damar varnish fumes saturating the air. I had to deliver them before they dried so I could get money to pay rent — my finances were that tight. But even though I was so down-and-out, I was pursuing my dream, and that made it worthwhile.

That summer, Arthouse, an Austin, TX-based non-profit art space (now merged with Austin Museum of Art), used a grant from Creative Capital of New York for a workshop. This two-and-a-half-day, intensive workshop integrated strategic planning, business management, funding and promoting your work. There was an application process in Austin and its surrounding counties. Twelve people got in and I was one of them. It was really small — very one-on-one.

Creative Capital came to Austin with a team of five highly qualified artists of all disciplines to conduct this workshop. They talked about everything from promoting yourself to what a good website looks like, how to get a show, avenues for funding, short- and long-term career goals, and financial planning — to name a just a few. I fell in love with this workshop and its creators, including Jackie Battenfield, an artist herself, whose book The Artist’s Guide, How to Make a Living Doing What You Love I consider scripture.

After the workshop, I had so many ideas tied to my career goals, but also relating to my art. In the fall of 2011, I thought up a concept for a new body of work: I would contact artist friends, old and new, and do a series of paintings of these artists in their studios in front of their own paintings. The paintings would be based on photographs I would take in their studios. The artists’ works and studios would serve as a “background” in my paintings.

I started thinking about how I could sell and promote this idea to earn my next buck. Two filmmaker friends in the Austin community had recently used Kickstarter and USA Projects, two different fundraising platforms, which at the time were just gaining popularity as avenues to fund a projects from documentary films to children’s books. I jumped in by setting a $16,000 goal, and hoping that the money would fund the beginnings of my project and buy more time. The way I raised this money was by offering incentives — which for me equaled pre-selling paintings. Patrons donating X amount received a small painting, donors giving XX got a bigger painting. This all happened because I was thinking differently about how to market myself and how to raise money. I was looking for the best combination of marketing tools for my practice.

Before I even launched my fundraiser (which I successfully funded in May 2012), I wanted to begin the process visiting artist studios and collecting photographs so I had visuals with which to ‘sell’ my idea.

The first artist I contacted was fellow portrait painter Chuck Close. Way back in 2001, in between my sophomore and junior years at RISD, I worked at Pace Prints in New York for the summer as an intern. My main task was aiding in editioning an eight-plate color etching of Close’s friend Lyle. I hadn’t talked to Mr. Close in 10 years, but I wrote him a snail mail letter telling him about my project and asked if he would be a model.

I try to be fearless with putting my art and myself out there, even though I do have lots of fears and anxieties. You can’t be afraid of failing. Nothing is impossible. That’s so cheesy but it’s also true. In fact, this project gave me a great excuse to challenge my somewhat shy nature — I now had to put myself out there. So I was on my way to visit Chuck Close in December. Since then, I’ve visited some pretty extraordinary studios.

Lesley Dill in her Brooklyn studio. 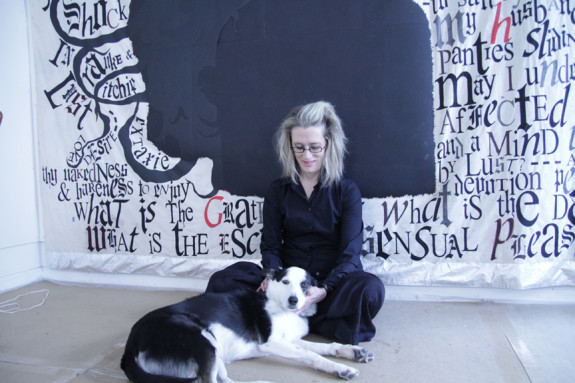 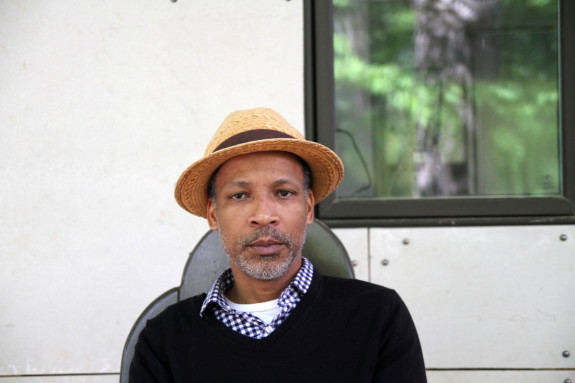 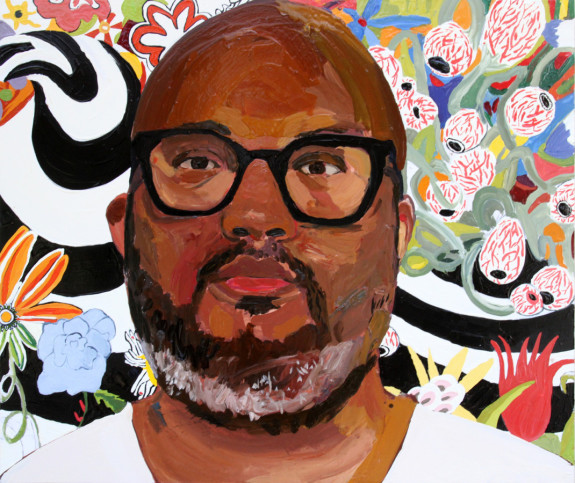 There were so many more. I can’t see this project ever ending. It’s really exciting and I feel so thankful for Creative Capital for giving me the necessary push to propel my career forward both financially and psychologically. Here are a few key philosophies I took away from the workshop:

1. Set goals! I cannot tell you how simple this sounds, but a subject I used to give very little adequate thought. Write down goals — one week — one month — one year — and up to one decade. And with those goals, set actions in place for how you will achieve those goals. I couldn’t believe it — now pushing two years after my Creative Capital workshop, I have achieved EVERY goal I set. It is like a to-do list for your career objectives. We get caught up in the small day-to-day tasks and forget about the big picture. Do it!

2. Be creative in the ways you fund your career. There’s definitely a huge marketing aspect to being an artist — Jackie Battenfield talks about this a lot. Every artist is different. Like for me, my marketing is very specific. Selling a portrait is very different than selling an abstract painting. Right now I’m operating off of word of mouth but soon it will be time for my next leap. If my career is going to grow, I’m going to have to figure out other ways to gain exposure. For example — exhibiting more. I realized recently that every time I have a show I sell at least one commission. Someone goes to the show and contacts me. That’s a marketing tool for me, just having shows, you know?! There are so many avenues for income as an artist — you just have to be as creative with funding as you are in your work.

3. Keep a core group of supporters close. I keep in touch with key people from every part of my life and I feel like I’ve got a core group of people supporting me, then a sub-layer of acquaintances and then everybody else. You need to have a really good core when you’re an artist. Rene who gave me the show at the McNay is in my core. Cary who gave me my first commission is also in my core. And all of my clients who have supported my career and purchased a painting — they’re also in the core.

4. Make it a point to go out into your community at least once or twice a month to openings or other happenings. Although it is very hard sometimes after a long work week to go out, I try my darndest to be social. I go to as many art openings as I can. I try to make new friends in the art world. Jackie Battenfield taught me this: every time you go to an art opening you try to talk to three people and then you’re allowed to leave (after you look at the art, of course.) Creating and fostering good relationships within your community is so important not just for availing yourself for good career opportunities, but for feeling that you are part of something — an organism.

I was talking to my mom recently and told her that my most ultimate goal is to have a painting on exhibit at MoMA while I’m still alive. She smirked at me, but with utter confidence in me she said, “That would be so cool.” It would. And I won’t rule it out. It sounds cheesy as hell, but I have taken such crazy risks and am no longer tied up by a corporate beast. I am earning a nice living on my art; the MoMA may not even be the limit! Good work ethic and a little confidence can move mountains! 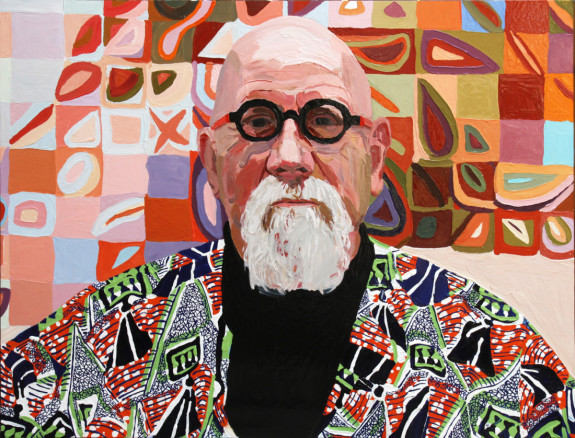