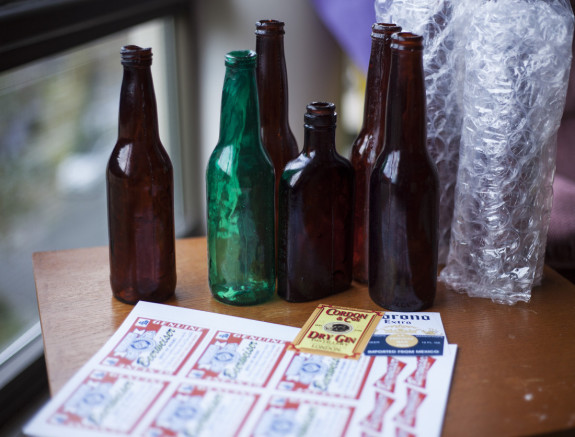 In my typical restless fashion, I have taken it upon myself to attempt to make a larger and more absurd music video than I have ever done. With any luck I will move onto bigger and bigger anti-climaxes.

I was asked by Seattle heavy rock band Grenades to direct and film a music video for their new record Heaven is Empty. They said they wanted something David Lynch might envision despite that being probably a bit out of my league. For the first time, I have slowly formulated a plan to create a surreal video with an actual story line. This is particularly daunting to me since I cannot tell an amusing story more than two lines long.

My very first goal was to have several violent broken bottle scenes. I have always wanted to use sugar-glass movie prop bottles for something ever since I saw the “bottle kids” from the “Trailer Park Boys,” who were a group of youths who would randomly show up over the course of the series to rain flying glass bottles upon the protagonists and antagonists. I was determined to blow half of our budget on props. I have since blown our entire budget on sugar glass bottles.

However, the concept for the video is relatively simple. I am attempting to pay homage to the 1979 film The Warriors, in which a New York gang is forced to make their way home across New York, crossing territories of several larger rival gangs getting on the way. In my world, the band will attempt a similar journey, but will be much less fortunate and meet a much more absurd set of characters.

My two final villains are faceless hooded men. These men will have been popping up in the backgrounds of most of the shots leading up to a final confrontation. The primary variation in my story is that our heroes don’t win. They won’t even have a chance. 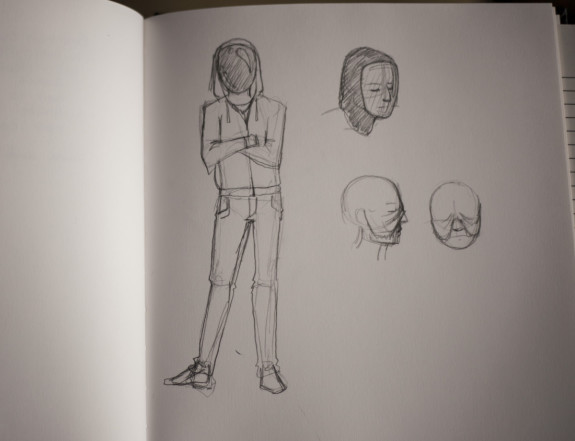 While I rarely work for free, especially in the music production side of things, I’m not yet a professional video director and not really even close. So I take on these experimental projects knowing full well that I’ll probably have a net loss monetarily. I use the tiny budget to cover the cost of materials and use the remaining spare cash to compensate my crew, who, for whatever reason, must trust that the adventure and effort of a project like this will provide at least an enjoyable few days of work. 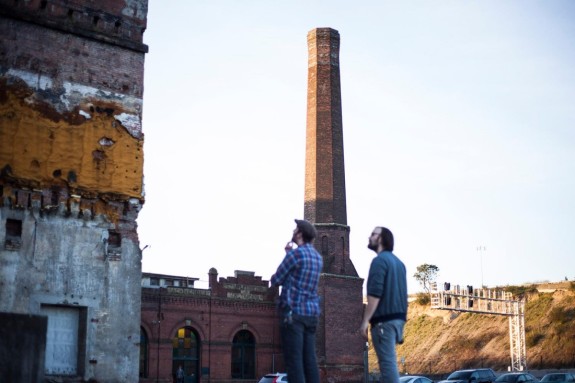 Casing the joint, a.k.a. location scouting.

My primary worry is locations. In a past music video that ended up being loose and sub-par, during production I ended up getting a very helpful and generous friend kicked out of his marina. I’m keen on avoiding authority altogether if I can help it, and I would prefer any of us not to be kicked out of anything. I’d prefer myself and my crew to not be threatened by batons.

I spent a few hours scouting locations that would be relatively un-populated in Seattle on a Sunday evening, but they are also places that seem likely to get us shooed out by either police or business owners nearby. Because we have more than a tiny crew, we will probably not be very subtle. I’m going to take that risk, anyhow.

We film next week. I suppose my only real instruction to the crew will be, “If the cops come — scatter. We’ll regroup at the water.”

Chris Mathews, Jr. is a Seattle based mad-scientist, record producer, director, and audio engineer for a small production house called Joonior Studios. He can often be found behind cameras and mixing desks quietly cursing under his breath.

View all posts by Chris Mathews →