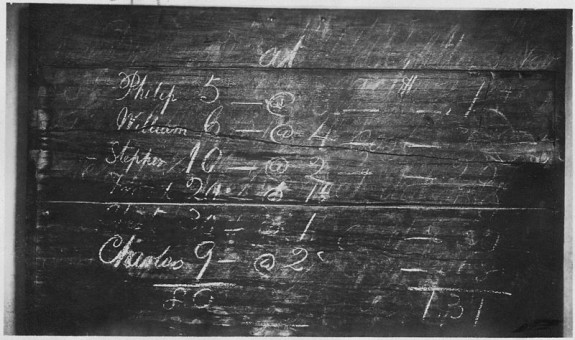 After my first year as a full-time, tenure track, Associate Professor and head of an MFA Program, I was in Lisbon, Portugal for a conference. I wrote a grant to go. My husband was at home with our then four-year-old daughter.

At the conference, a prestigious American professor was being congratulated on the recent publication of her book and for achieving tenure at a university known for rigorous research. She thanked us, and said, with tenure, she was getting a divorce, which was going to be hard on her 12-year-old. The female professors at this conference warned me that this is common. For Mother Professors, achieving tenure tends to come with a divorce. When lecturing in China recently, I asked some of the female graduate students if they were thinking of getting a PhD. They said, no, they would never get a PhD — because you become a “third gender.” When I asked what that meant, they said no man would ever want to marry you because it is widely believed you would make an awful wife, a terrible mother.

I was shocked. I was raised during the “you can do it all” era of feminism. I have been married to an extremely supportive husband since 1990. As a freelance artist for most of my life, I had decided to become a professor in order to afford to be a mother. This was my great move toward stability, my compromise for work/life/family balance. I’d even turned down a prestigious agent, telling them that I was sticking with being a professor so I could spend more time with my daughter.

The longer I worked in academia, I found that the women professors I met in Lisbon and the female graduate students in China weren’t exaggerating — strains on professor mothers are common. The Women In Higher Education Journal estimates higher education is losing thousands of competent, well-educated women, especially in the early stages of their careers, due to how difficult it is to juggle motherhood and professorship.

According to a widely acclaimed longitudinal national study, “Do Babies Matter?” (WIHE January 2002) by Mason and Goulden, 52% of the married male tenured professors had stay-at-home wives, while 91 % of the married women had husbands with full-time jobs. In addition, the study found that “the phrase ‘married with children’ described most of the men who got tenure but only a minority of the women.” (I’m not sure how same-sex couples were factored into the study.) As I looked around, female professors with young children could only succeed with a great deal of affordable childcare, much of it obtained at the last minute and offered by extended family.

I began to find that my own situation was no different. I was extremely lucky to be able to have immediate family who believed in my success as a professor. My husband, who’d followed me for my university job, couldn’t find work in town and was working abroad. When I was asked to lecture in China, my parents flew in, at their expense to watch my daughter.

As part of my juggle, I learned to plan very far ahead, especially around particularly busy periods. But tenure-track academia includes lots of last-minute-due-tomorrow-can’t-say-no type of requests. I had to find ways to deal with it. Sometimes this meant I had to rely on options like allowing my daughter long cartoon watching binges. When preparing to go to China, I found the hours from 3-4 am the best for getting concentrated lecture prep and in-depth grading done, with the added bonus that I was already transitioning to the time zone in Nanjing.

My father was a professor with a stay at home wife — my mother. He told me that balance was elusive for him too. He said it is widely known that all professors can only succeed in two out of three of the following at any one time: 1. Family, 2. Scholarship, 3. Teaching. I was apparently succeeding at 2 and 3.

I’m sure to people on the outside, it looked like I had an idyllic balance, because when I got to be with my daughter, it was such a treat for me. Also, whenever I had to make a tough choice to bring my daughter along, I did it with as much professionalism and good cheer as I could muster.

I have recently joined the ranks of female professors who decided to leave full time academia in the interests of family. My husband set aside his own career for five years, and couldn’t ask him to do this anymore. As far as my daughter goes, as a professor, I couldn’t effectively support her in learning to ride a bike, learning to swim, volunteer at her school, or help her follow her own interests, such as being in a play herself. I realize plenty of parents can’t, due to their jobs, and/or their economic situation. But these things were becoming things I no longer wanted to sacrifice in order to be a professor.

I do have hopes for a brighter day, when mother professors, especially of young children, especially on the tenure track, are not such a rarity. Before this can happen, beliefs and practices around mothers and female professors will have to change. I believe we have to see how this can happen positively, despite the challenges.

To this end, here are a few of my favorite, pleasant memories of juggling being a mother professor:

These moments provide a wonderful counterpoint to the necessity of playing down being a mother in order to maintain my professionalism. There were faculty who effectively supported parents where I worked. But at most universities, any one of these moments above held the possibility that I could be harshly judged for including my daughter or complying with her elementary school’s requests. Any complaints about me not being available 24/7 could end up on my permanent record and jeopardize my job and/or my reputation. When I witnessed my husband bringing our daughter to his work situations, he was often praised for being such a great dad. Frequently, women at his job site would take care of our daughter for him. Maybe my husband is simply way better at parenting than I am, but I was never praised for being a great mother or offered on the spot childcare in situations where I brought my daughter along.

I am not advocating letting parent professors slack on their responsibilities or saying that all environments must easily accommodate the interruptions children can bring. But given that most tenure-track professors work evenings, weekends, and do scholarship/research in the summers, occasional accommodation to the needs of both male and female parents would not be amiss. The Women in Higher Education Journal has all kinds of terrific suggestions to accomodate tenure track faculty who are mothers. Their ideas include adjusting the tenure clock, offering affordable on-site childcare, providing full benefits to professor mothers who have opted to be “second tier,” or half-time instructors. My favorite suggestion is “change the culture from fear to encouragement,” which is exactly what my undergraduate students were doing in the examples above.