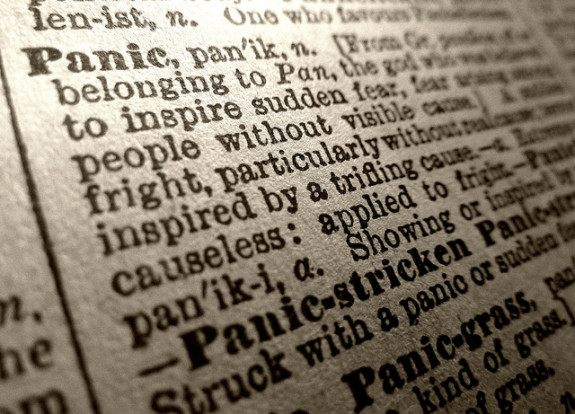 Your fingers flex over the keyboard.

You notice a hangnail, a wallpaper stain, a dirty mug.

Which you can’t do if you allow your mind to wander in this uncooperative way and probably all this dithering is a sign that you should’ve taken classes in engineering instead of literature.

Truth is, nothing gets me so twisted up as the act of writing.

It’s senseless, what with wordsmithery being my chosen profession and all, but we are what we are. I’m an anxious writer, occasionally prone to panic — yet I’m also one who recognizes the need to circumvent her mental booby traps.

Over the years, I’ve developed a decent workaround for a lot of my production-blocking anxiety. I call it blathering and it’s exactly as dumb as it sounds. In fact, that’s why it works.

What the hell’s this story about, anyway? I’ve had the idea of the guy starting a mod rock band, 1960s style, for like, three weeks now. (Uhm, a mod rock band? Is that even a thing?) He’d have those French cheekbones and skinny pants. I’m resisting the urge to go look up videos on YouTube right now because that’s a k-hole I do NOT need to fall into. What’s he doing? Is it a love story? I need a setting. Maybe Glendale.

Drivel, right? I apologize for making you read it. This, however, is blathering done right.

Though related to freewriting, the mental approach differs — freewriting lets you access occluded parts of yourself by writing without a filter, while blathering emerges directly from self-consciousness to tackle the topic at hand.

It’s okay that the writing’s bad because it’s not writing — it’s just blather about writing. If you’re pushing back feelings of self-loathing at your seeming inability to live up to the promise you showed in your fifth-grade English homework, all the better; complaining is a great way to begin.

Don’t worry, though — there’s a payoff. Turns out, something besides whining lurks in those blathered lines.

From that question about a mod rock band, for example, I can see what I need to research. The questions about genre and setting map out the avenues to pursue first.

My blather might go on for another three pages, wrestling with the questions I’m raising and asking more questions in the process. I’ll eventually pull out the good bits and use them to build my story, though sometimes I forget myself and realize I’m already writing it.

Of course, half the time when I start blathering, I quit after a paragraph. Can you guess why? Because I’m boring the hell out of myself.

Who can blame me? I’m so bored, in fact, that I end up going back to my original piece and actually working on it. Ha ha, brain, I tricked you!

Either way, I win. Blathering, such an inherently pointless act of writing, paradoxically brings me out of my anxious creative bottleneck. My brain gets fired up, my fingers move across the keyboard, and the story lurches forward again.