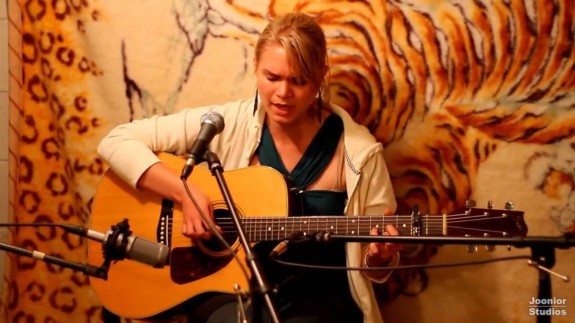 Abi Grace in front of the iconic tiger wall rug while performing for the camera at Joonior Studios in Port Orchard, Washington.

How many times have you searched for a band or artist you love on YouTube, only to find incomplete cell phone footage or the banal and improperly tagged acoustic guitar cover done on a Macbook in mom’s basement?

It is even worse if you’re looking for something fresh and new or local from a smaller band. If you’re anywhere close to my level of obsession with constantly consuming documented video of musicians performing live, you’ve probably felt a similar pain.

That is why I started my old but now-defunct video series, “Live at Jooniors” at Joonior Studios in Port Orchard, a ferry’s ride across the water from Seattle. I invited musicians over to play live in my tiny controlled environment and we made decent-looking and good-sounding live videos for other music nerds and fans to enjoy.

It was a great format too, because not only do most musicians love to see themselves, but it was a great opportunity for making easy demos where none already existed, and it created a means for quick promotional material that doesn’t feel like a canned and trite press kit. I’ve even filmed myself filming them, just to see how truly nerdy I am perching atop a stool. 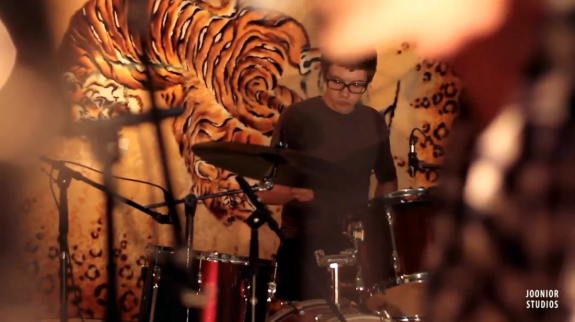 I feel honored to have worked with many of the bands that came through. Naturally, I ran into problems getting certain bands to appear.

What if I wanted to ask a band on even a small record label to come in? I would turn to the label contact info for help and have emailed bands on small labels inviting them over to play.

In the aftermath of being denied several times to do this work for free, I envisioned myself in the place of a band who was on a record label controlling my every movement. If I knew, as a musician, that my label was turning down offers for free work or adventure when I had nothing else to do on a Tuesday night, I would have been furious.

When I was in a band, I loved these kinds of risks.

Now that’s not to say I don’t do a lot of film work for record labels. I do. I get to work with some really fun and challenging labels.

But when it comes to my own personal creative pursuits, I have taken to just ignoring labels myself. I find out who the members of the band are, I find out where they goof-off online; talk to them, get to know them, find out what they’re into, and then finally, invite them over for a live session.

This has led to future work, also. My most recent album engineering and production credit for the band Eternal Fair resulted from my pouncing on the lead singer to get him to play on my show. They later divulged to me that they had such a good time working there that they had already chosen me to produce the next record.

They didn’t even have to ask a label for permission. 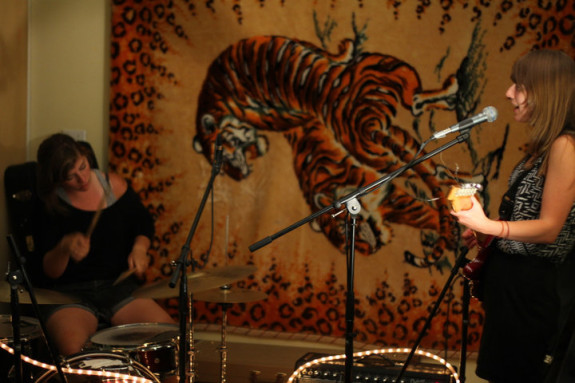 Kendra Cox and Meagan Grandall of the band Lemolo playing at Joonior Studios.

Chris Mathews, Jr. is a Seattle based mad-scientist, record producer, director, and audio engineer for a small production house called Joonior Studios. He can often be found behind cameras and mixing desks quietly cursing under his breath.

View all posts by Chris Mathews →