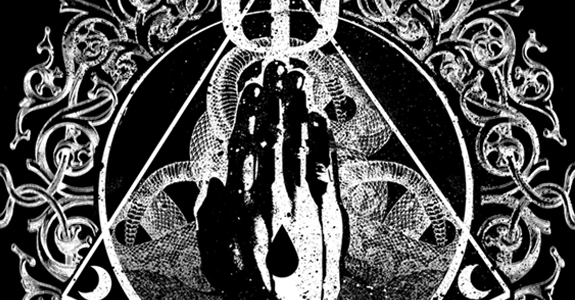 I’ve written a bunch of words for this website on the merits of both networking and keeping an open mind while out and about. I find the more often I leave the house, go to a show, ride the subway, make music, exit my comfort zone for a second, the more I seem to find myself inspired or even stumble across new work.

Back when I was working every day at Phantom Hand (a now defunct record store), we had a few regular customers and I got to know most of them. Some were just familiar friendly faces, and some were repeat customers (patrons of the arts if you prefer), with tastes I grew to know and even predict. One couple in particular seemed drawn to a lot of my darker work.

After a couple visits we got to talking about music, and how I had done work for some metal and hardcore bands. It turns out the guy is in a metal band, which was of course exciting to me because it gave me an excuse to nerd out about metal with him for a while.

After several visits and a lot of specific talk about the ups and downs of the ridiculous evil music we both love, he eventually brought in some of his band’s CDs. 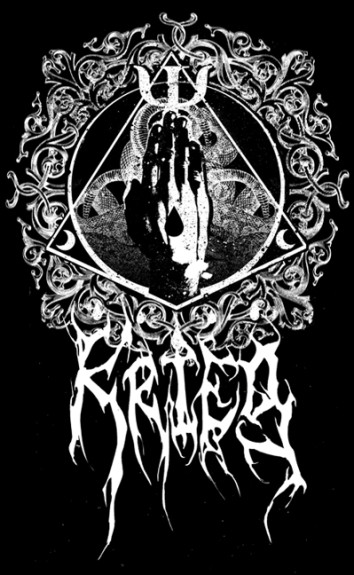 This is always a kind of nerve-wracking moment since I had no idea what this would sound like and I’m an asshole so I tend to assume everyone will be the worst at what they do.

As it turned out this particular band, Krieg, is awesome, and somewhat established as far as American black metal bands go. I was psyched. I spent the rest of the night blasting Krieg from the Phantom Hand speakers.

We stayed in touch after the south street location closed; I saw Krieg (totally killer live), we went to a show, had some beers, got grumpy about the kids in the pit, talked about metal, all my favorites.

If the story ended here I’d still be totally psyched about all of it, but I’ve just recently had the opportunity to work on some T-shirt designs for Krieg. I was given free reign to do pretty much whatever I wanted.

He just told me to listen to the most recent album and do what felt right. This is kind of a dream come true as a designer because it makes the piece almost completely personal, and usually way more powerful in the end.

The end result is the images at the top. I’m really excited about them and I think the band is as well. Response has been good and it’s seeming like I got a friend and a client out of this deal—a rare duo indeed.

The point is that by keeping an open mind to whatever came my way I’ve actually wound up with work that I’m proud of, inspiration, a good client, and a source of motivation.

It’s times like these that things seem to line up for you, like the universe is reaching out to shove you in the right direction. By just letting myself go along for the ride, I’ve landed somewhere really great.