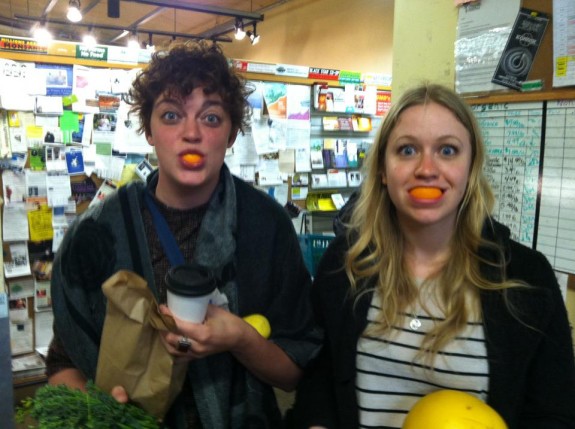 Kaylee Cole and I ward off scurvy while on tour.

A lot of great things will happen to you while traveling.

You’ll make lots of new friends, sell lots of CDs, explore local cuisine, hopefully go swimming at least once, develop your band’s sound, pull together a compelling live performance, and drive through some truly beautiful parts of the country.

However, at least a few of the following will also happen, and it’s best to be emotionally prepared for them.