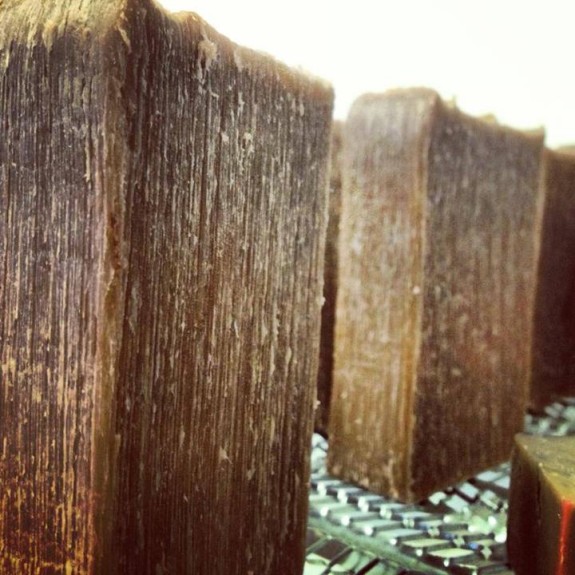 When I mention my new career to any of my friends, that is usually their first response.

And then I tell them, “It’s kind of like if you mixed Fight Club with Breaking Bad, and then turned that dark story line into Pushing Daisies.”

Either way, I’ve worked in a cube. Which is one of the reasons my nickname has been “Normal” for the past 10 years. But the people who will most appreciate the irony in this name are my friends, who are artists. In terms of extracurricular activities, my life has never been “normal.”

I surround myself with amazing, driven, powerfully awesome creative people. I have spent my recreational life project managing a dozen or so creative projects (both for Burning Man and also just for the hell of it).

I spent most of last year trying to find a compelling and exciting job in the Bay Area (OWN had become unchallenging and my then-boyfriend lived in Oakland), but every opportunity that was handed to me was a big, fat “meh,” and the ones I really wanted were snatched away either because I was overqualified or for really weird, minor reasons. I even had a recruiting company ditch a client because the recruiter felt like if the client didn’t like me, they were never going to be happy.

After all that, I still had no job.

And then I thought of what Martha Beck always writes about in Oprah (hey, I had a lot of time to read our own articles), and I realized that I had been slamming my head against a wall hoping I’d make a door, but that maybe I should just find a door.

The Universe was telling me something:

I had to find a door even if it meant making a door where there wasn’t one.

So I opened my ears to listen to what the Universe was telling me. It sounds like hippie crap, but when you’re desperate and you’ve tried everything else, hippie crap seems worth a try.

Really, goats are the answer to everything: They’re great companions, they’re cute as bouncing buttons, and they give milk. Russ and I had been talking about how much we wanted to have goats, so we had been buying any goat product that struck our fancy — this meant lots of delicious chevre and, when we happened upon it at a small farm store off Highway 46, goat milk soap.

We had such a nice vacation out there in Paso Robles; it was the mini-honeymoon from when we had gotten paper married and even in retrospect, it’s one of the most magical times of my life (we’d later have a big fat Normal wedding, but that was for health insurance).

Just smelling that soap and going back to that store in my mind was enough to remind me that life is not just this. This is a tunnel on the way to the dream. The soap represented the dream.

I could make all of these, and then pick what dream I wanted to smell every day.

Outlaw Soaps started because soap made me happy when I was disheartened and feeling hopeless. I knew some of my friends were also disheartened, so I ran the idea of this unconventionally scented soap by them and they loved it.

And then I learned to make soap. And I listed all the skills I learned from work and from hanging out with a bunch of artists, and I realized I definitely could run a business. And that business would be about the magic of the outdoors. 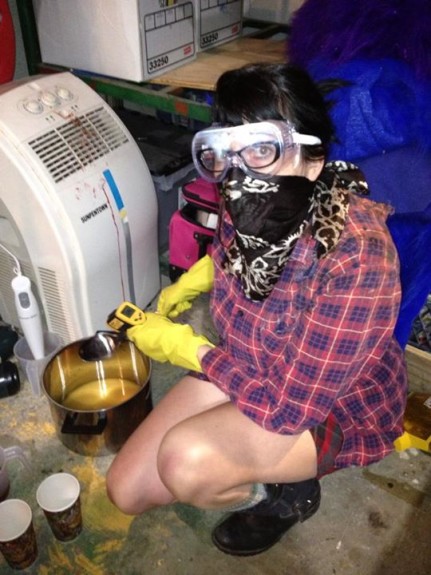 Now, I go for hikes every day. We just got back from Joshua Tree where I organized a retreat and talked to the Pioneertown Motel about carrying our soap. And I make the soaps that I always wanted to: Sage Copper Canyon (the smell of sage on the wind on a hot morning), Orange Grove (the smell of driving past the California orange groves), Fire in the Hole (the smell of camping with my friends), Pine Mountain (the smell of hiking through Mt. Pinos), Wild Grass (the smell of fresh cut grass), Hair of the Dog (whiskey and coffee), Coffee (fresh brewed black coffee) and so many more.

Marketing is easy because I’m just me (the logo is even based on my tattoo). I never lie about my soaps or have to convince people they should want them because I genuinely love my soaps and if people are attracted to that kind of soap, they’ll like my soaps.

And, for a new company, we’re pretty successful. It’s almost entirely because once people hear what we’re doing, they want to help. I have been overwhelmed by the support and love of friends and even strangers who are just so happy that someone understands how important it is to remember camping.

When we went out to Joshua Tree and I stepped out of the car, I wanted to cry. We nailed it: The campfire lotion we’ve been working on smells just like twilight in Pioneertown. And that’s wonderful.