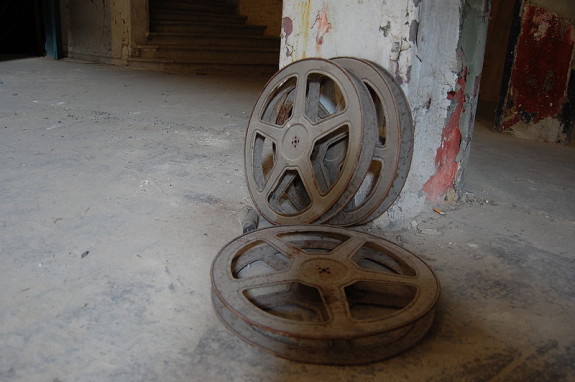 If you have a little kid in your family, you’ve probably heard some version of this story (or something like it):

If you’re writing a screenplay, hopefully you’re at least a little bit better. You’ve probably been writing for a while, have either studied it in school or have at least read some books on how to do it. If you’ve made it “in the room,” that means you either know someone important or you have successfully honed your skills at crafting vivid action, creating compelling characters, and writing dialogue that pops off the page.

Now you’re maybe 10% of the way there. The thing they don’t really teach in screenwriting classes is how to pitch.

So much of what makes a pitch work depends on things that you, as a writer, simply cannot control. What’s the personal chemistry between yourself and the person to whom you are pitching? Did his/her boss yell at him/her five minutes before you showed up? Is he/she hungry, or tired, or hungover? Does he/she need to pee or take a dump? Is the story you’re working on too similar to something he/she already has in the works? Is this just a courtesy meeting because your college roommate is his/her boyfriend or girlfriend?

On and on it goes.

I can’t really tell you how to give a “successful” pitch. But there are some simple things you can keep in mind to at least not fuck it up.

Here are a few of them:

1. It’s not all about your brilliant idea.

A “pitch” is, at its most basic, a synopsis of your movie script or idea.

What it really is, though, is your best opportunity to sell yourself. In the end that’s what it’s all about, and unfortunately it’s a skill that just doesn’t come all that naturally to most writers. We’re best on the page. Saying it aloud is a whole other story.

What they’re studying, first and foremost, is you. Yes, they’re looking to see if you can tell a compelling story. But they also want to see if you play well with others. You and your script are a package deal, at least in the short term, and if they buy it they and their bosses are all going to have to deal with you for (at minimum) several months, if not years. They’ll be thinking ahead to what you’ll be like with a producer or director once you’re in the endless story and notes meetings that lie ahead.

So be pleasant. Be friendly. Be excited. Be charming and funny. Don’t be weird or desperate. And do NOT be hostile, suspicious, or angry.

Sometimes they say stupid things or have stupid ideas, and they’re usually not shy about giving them to you. Famously, one producer insisted that Kevin Smith work a giant robot spider into his unproduced Superman script back in the ’90s. Coincidentally this producer went on to produce Wild Wild West, which featured … you guessed it, a giant robot spider.

Do not tell them their ideas are bad. Smile and nod and tell them “That’s really interesting,” and see if you can work them off the ledge and back onto safe ground. (I’ve used the old “Wow, okay, let me think about that for awhile” gambit to get out of these awkward conversations.) Figure out how you’re going to deal with the stupid note later.

Avoid the “little kid” pitch, like the one I gave you above. I’m sure you’re as good a writer as you think you are, but the sad fact is, you are simply NOT going to be able to convey all the subtle little nuances and brilliant plot twists that you spent the last six months working out on the page. Don’t try to shovel in every detail. For one thing, they’ll never remember it. For another, they’ll hate you. Get to the point and leave some room for them to discover it.

There are basically two types of pitches: The teaser pitch and the story pitch. Teaser pitches are, at max, about two minutes. Story pitches are more detailed, and can run much longer. The biggest mistake most of us make when we’re just starting out is to go straight for the story pitch. This is not appropriate until they bring you back in, at which point they’re interested and want more.

What you want to do in that first meeting is bait the hook and sink it. That’s the whole point of the teaser pitch.

Fundamentally, all good stories are about the people who occupy them. Focus on your characters. Think of it like you’re a journalist. Who, what, when, where, and why. What’s the conflict? What is it your character is striving for, and who or what is in his or her way? Stick to that and you’re likely to be in good shape.

First and foremost, focus on what’s interesting about your story. What’s the hook?

A good starting place is to develop a logline, your one-sentence summary of the idea. This is a hell of a lot harder than it sounds. You need to be able to convey the entire story, hook, characters, genre and tone in just a few words. Loglines are no fun to write.

But don’t even think about setting foot in the room until you’ve got a good one.

3. Art is great, but these people need to eat.

I teach screenwriting, and I make my students give me a practice pitch. Inevitably, I get one or two a semester who wrinkle their nose at me and say something like “It’s not the type of movie I can pitch in one sentence,” or “Really, you have to read it to get it” or (please God) “It’s not so much about the story, per se, as it is about my perspective on the spiritual condition of blah blah blah….”

If you’re pitching to anyone who is in a position to help you get your movie made, they’re looking for something they can sell. They also probably read an ungodly number of scripts on a day-to-day basis. Even if you think you’re the next Jarmusch or Lynch, you need to be able to convince this person that you’re a worthy investment of time and resources. This means you need to convince them that this is a property that will make money.

So don’t go in there thinking you’re too good for it. If you were, then you’re probably independently wealthy or already successful and you don’t need to waste your time talking to them in the first place.

I’ve stumbled into delivering the “little kid” pitch twice. The first time was early in my career, when I didn’t know what on earth I was doing. The second was a practice pitch with my manager. Luckily, he put me out of my misery and shut me down after the first 90 seconds.

Both times I got nervous because I didn’t prepare. So cue the verbal diarrhea. Unfortunately, once it starts it’s almost impossible to stop.

The first time was the worst. I distinctly remember sitting across from this executive at a major movie star’s production company, sweat running down my forehead as I watched the at-first bored and then actually angry expression on his face, and thinking desperately to myself shut up shut up shut UP!

Needless to say, I was not invited back.

What you want to do is practice your teaser pitch until you have it down cold, so you don’t find yourself in that horrible situation. Sit in front of the mirror and read it aloud over and over and over again. Pitch it to your friends, your parents, your dog. Ask them where they got bored, or lost, or confused. Then make the changes you need and do it all over again.

And then, when you’re finally in the room, do your best to forget all of that. You absolutely do not want to sound canned or rehearsed. If you’ve committed the pitch to memory, then you should be able to launch right into it without thinking. It should come out as natural as a good ghost story around a campfire.

5. Know more than you need to.

The last words you want to hear come out of your own mouth in a pitch meeting (aside from maybe a racial slur) are “I don’t know” or “I didn’t really think about that.”

Your pitch will probably be over in minutes, and most likely when you’re done they’ll just smile and shake your hand and say something like “Sounds great! Thanks for coming in! Teagan at the front desk will validate your parking.”

But, if you managed to sink the hook, they might ask questions. And you absolutely need to know the answers.

Most of these questions will be plot- or character-related, so be sure you know the answers to those. That should be the easy stuff. Most likely, they won’t ask you for your casting ideas, who you think the audience is, what the budget would be, or how they should market it, but I’ve had it happen. You want to at least have an idea. You don’t need to have the budget down to the penny, but you want to have a ballpark. You should have an idea of where to shoot it, and knowing what cities or states fit your story — and knowing whether they offer any tax credits for film production can never hurt.

Don’t get caught with your pants down. Think of every possible angle you can.

“But Scotty,” you may say, “I don’t want to be a Hollywood sellout douchebag like you. I’m making independent films. I’m doing it on my own.”

There’s no such thing as on your own here. Do you want actors to be in your movie? What about a director, or a cinematographer, or an editor? Can you pay any of these people what a major studio can pay them to work on your awesome little indie movie?

Well, then, you need to be able to pitch.