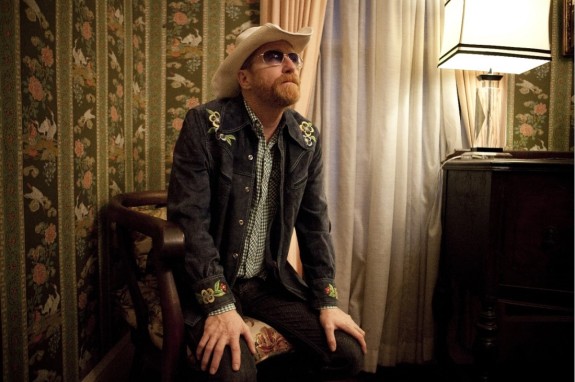 David Lowery thinks about how he’s going to spend the $16.89 he made off the million plays of his song “Low” on Pandora.

“May you live in interesting times.” ~ The Chinese Curse

It is an interesting time to be a musician. Every time technology leaps us forward, musicians are able to reach vastly wider audiences, but “own” successively smaller pieces of the money. (See the inventions of the radio, record player, tape recorder, CD, Internet.)

The Internets are aflame burning up with discussion over the fairness of Pandora’s payment structure. The gist is that songwriters get their work played millions of times, such as David Lowery’s song “Low,” for which he was paid a grand total of $16.89. (Coincidentally, I am writing this from the same building which houses Pandora.) Meanwhile, Pandora is purchasing a radio station.

As a parallel for musicians, the music industry has undergone a profound shift over the past three decades, one that mirrors in a very interesting way the erosion of the middle class. This is the premise of a recent speech “Land of Hope and Dreams: Rock and Roll, Economics and Rebuilding the Middle Class” by none other than Alan B. Krueger, Chairman of the Council of Economic Advisers.

The two are directly related:

The music industry is a microcosm of what is happening in the US economy at large. We are increasingly becoming a “winner-take-all economy,” a phenomenon that the music industry has long experienced. Over recent decades, technological change, globalization and an erosion of the institutions and practices that support shared prosperity in the US have put the middle class under increasing stress. The lucky and the talented – and it is often hard to tell the difference – have been doing better and better, while the vast majority has struggled to keep up.

The music industry has undergone a profound shift over the last 30 years. The price of the average concert ticket increased by nearly 400% from 1981 to 2012, much faster than the 150% rise in overall consumer price inflation.

In short, the reduction in play and CD revenues from radio has led to a large increase in individual performance. Rather than see lots of new releases, we see reunion tours by the Eagles, Prince, and the Pixies. Here, as in the economy at large, only the top earners have the power to be able to argue for increases in revenue percentage.

Music has become cheap to replicate and distribute, and it is difficult to police unauthorized reproductions. This has cut into the revenue stream of the best performers, and caused them to raise their prices for live performances.

My research suggests that this is the primary reason why concert prices have risen so much since the late 1990s. In this spirit, David Bowie once predicted that “music itself is going to become like running water or electricity,” and, that as a result, artists should “be prepared for doing a lot of touring because that’s really the only unique situation that’s going to be left.” While concerts used to be a loss leader to sell albums, today concerts are a profit center.

The takeaway? Those in the bottom and the middle are going to have difficulty making any money from recorded music, and luck will have an incredible role in determining who reaches the top.

What have you experienced?