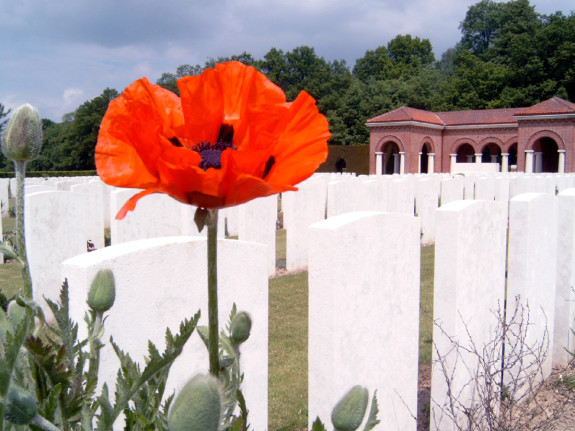 The anchor with a broken chain; the black-bordered condolence note or funeral invitation: just a few of the myriad ways we have marked death over time. Are all symbols trying to get at something.

This worthy man
After fastning to a whale
Was carried overboard by
The line and drowned.

If you will look
It may aper
She was ye forst
That is buried here.

I am an obituary writer. I write feature-length stories about the dead.

I write for the Tampa Bay Times, formerly the St. Petersburg Times. They’re obviously longer than what appeared on tombstones or in brief obituaries, but the intent is the same.

I know a little bit about the subject. In 2000 my brother died at 51, of melanoma. We stood around his bed a few minutes into the winter solstice, observing his now-changed form. The tumors that had killed him were still pressing against the skin of his pale, motionless chest. His eyes remained open, his jaw slack in a grotesque expression of stupor.

Someone might’ve stroked his hair but otherwise no one touched him. In earlier times a midwife would have closed the eyes. Funeral homes have long been known to sew the lips shut. I can now appreciate these amenities that today might make people uncomfortable.

Losing my brother was undoubtedly the worst event of my life, and in the lives of my closest relatives. It also allowed me to do what I do for living. We have always approached death with fear, revulsion and a certain reverence, however secular or “celebratory” our memorials may be.

When I took this job, I worried at first I might lose that natural protective barrier that shields us from absorbing more than we can absorb. I feared I might become Miss Lonelyhearts, a thin gauze pad against the bleeding of the world.

These thoughts stemmed both from the notion of “compassion fatigue,” and the fear I might lose a certain optimism about day-to-day life. I heard a mental health professional describe this latter state once as “healthy denial.”

We know all about unhealthy denial. It’s the phenomenon that allows us to explain away another’s alcoholism, or our own, or drives the serial killer’s mom to insist her son is being framed.

Healthy denial tells us that because we fastened our seat belts, we’ll survive any crash.

Of course, we’re positive there won’t be such a crash, anyway. Without this kind of optimism, however unrealistic, it would be hard to function. That’s why that mental health worker called it healthy.

Then again, my own grief had triggered similar worries. As Robert ‘s cancer worsened, I wondered when the full effects of his loss would hit me. This seemed like it would come out of the sky, like the anvil in a Roadrunner cartoon, crushing Coyote absolutely flat in some desert canyon.

That never happened. There was simply a void where his life had been, one that gradually filled in with grass and a few plants and a couple of trees. The landscape had changed, that’s all.

Similarly, I haven’t lost my healthy denial, even after writing about 40- and 30- and even 20-somethings who die of natural causes, just keel over dead. That said, there is a certain social burden an obituary writer takes on, a fear of coming across as a bit sepulchral.

“You are a walking reminder of mortality,” Jim Nicholson told me once, king of the “common person’s obit.” That’s going to be unsettling to people, even in a newsroom where death is a staple of our product. Most people are not forced to deal with death on a daily basis, and will avoid it if they can.

I’d avoid it too, but have found myself in a position in which I can’t. I like my job a lot, but certainly never thought I would end up here.

I was 5 when I saw my first dead person.

My mother used to drag me around running errands in Gainesville, FL, in the late 1950s, when it was a small university town. One of these errands was to a funeral home, where she had stopped off to deliver some sort of RSVP or message to a family.

While she was talking to the clerk at the front desk, I circled the once-old-fashioned house. In the last room of the last hallway lay a man on a bed. He was old, he wore a dark suit, and the white or off-white bedspread or whatever it was had this gold fringe.

“Shhhh!” I told my mom, who was still talking to the funeral director. “There’s a man in that room. He’s sleeping!”

My mother turned briefly from the desk. “That’s Mr. Turner,” she said. “He’s dead.” It was like catching a well-thrown 99 mph fastball. It stings your catcher’s mitt, no matter how well padded. Or perhaps it was like being startled out of sleep. I knew, without having the philosophical tool kit to put the pieces together, that my understanding of life had now changed, and that this change would be irreversible.

For if there was one dead person in the world that meant there were more, and probably were already more.

The first few years of writing obits, I went to a lot of funerals.

Open-casket funerals and viewings really can chip away at your healthy denial, I have discovered. What always has amazed me about dead people—and still does, really—is their utter unmovingness.

There they are at the beginning, when you first see them. Half-casket lid open, they’re made up, they might have trinkets loved ones placed with them, an eagle feather or a bible, or certain jewelry.

The thing is, you see them, you don’t stare, but you get a mental snapshot and they stay there. The minister or someone delivers a eulogy, there may be a few hymns, and people might tell a few stories. Or not. However it works out, that person is still in the casket, and their hands are in exactly the same position. They have not moved. At all.

You simply could not pay the best actors on the planet to perform this kind of motionlessness, no matter how much money you hand them, or how hard they tried. At the end of the service the dead guy is exactly as he was at the start. Something about that is weird. It’s hard to get over, even though we all act like it’s no problem.

I think that’s because death is a problem. Death sets off a series of actions that must be performed. It has ways of getting around our protective barriers, and that is probably good. The stories we build, the eulogies and memorials we create, are attempts to get at the gnawing void that presses against us.

As a writer, I feel like a bit of a bystander.

It’s not always the easiest thing, trying to maintain a journalistic distance from subjects undergoing the worst moments of their lives. Sometimes that’s neither possible nor advisable. I said earlier that losing my brother allowed me to deal with grieving families every day. I don’t bring it up as a rule, but when it seems appropriate to do so—say, for example, when talking to someone who has lost a sibling at a similar age—I don’t hesitate.

I tell them about the anvil that didn’t drop, and the bombed-out earth that gradually filled in with grass, and a sense of gradual returning to life without ever erasing, or wanting to erase, a death. With their help, I try to resolve one little problem at a time, starting with what they did, what they loved and what made them different from every other person who has ever lived.

The loved ones dig for raw material—triumphs, sadnesses, strengths and weaknesses. I try to meld something of value out of those fragments, a coin to place in the mouth in case someone has to cross a river.