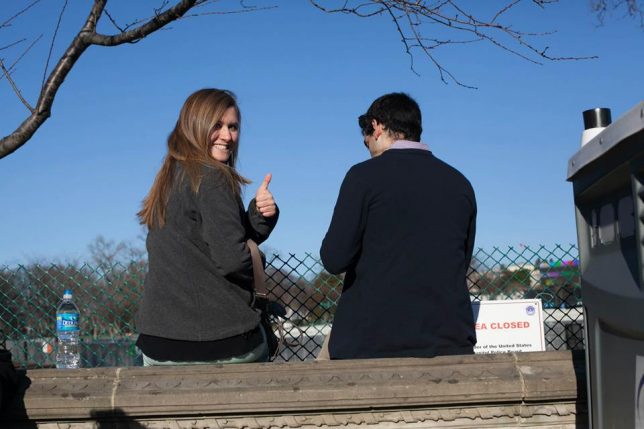 About a month ago, I ran into a huge block.

I dreaded working on my novel. The characters felt fake, the dialogue forced, the plot confusing. On the very first day of a writing retreat with my writing group, I was complaining about my writer’s block to two friends. One said, “Have you ever tried writing the last scene first?”

No, actually, I had not. I’d been so caught up in the drama of getting my story where it needed to go, making increasingly intricate storyline charts that only seemed to stress me out more (I’d seen JK Rowling’s for Harry Potter posted online and thought it was amazing). I was torturing myself with details much too early in the writing process. I kept rewriting the first 40 pages when I had the last scene crystal-clear in my mind.

So I wrote it.

It was the first thing I wrote during the retreat. It didn’t turn out as grand as I’d imagined, and I’m not even sure if I’ll actually use it. But it felt so cathartic to get it down, and out of my mind. The second I was finished with it, I was able to start writing from the beginning again. I was excited to get to the end.

Syd Field, a famous screenwriting expert, said, “The ending is the first thing you must know before you begin writing.” I’m writing a novel, not a screenplay, but I think this still applies. I want my novel to be a compelling story, not just a jumble of images and characters. The ending is vital.

Thinking about this could make you anxious—how can you start at the end?

Field says, “I hear argument after argument, discussion after discussion, debate after debate. ‘My characters,’ people say, ‘will determine the ending.’ Or, ‘My ending grows out of my story.’ Or, ‘I’ll know my ending when I get to it.’ Sorry, but it doesn’t work that way. At least not in screenwriting.”

Field then allows novelists an out, saying maybe it’s possible for the writer of a novel not to know the ending. I disagree. Writing without at least an idea of the ending is more of a ramble. Just because you write it down doesn’t mean you’re stuck with it, either. Robert Towne’s Chinatown had three drafts of the screenplay, according to Field, and three different endings.

Allow yourself the time to write the last scene. It’s like cleaning a really dirty window—you can finally see the story outside clearly, and it’s the frame through which you’ll view the entire thing.