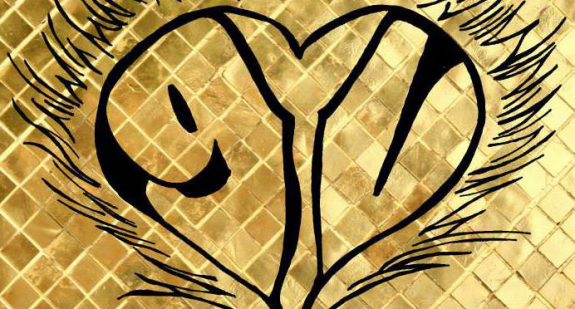 To make the leap from a living room project to a performing band, one must commit to the mother of all deadlines: a booked gig.

This is exactly what I did in order to become Alonerly. The gig I booked was the creative aural spectacle, Gatas y Vatas, in Albuquerque.

For those in the dark, Gatas y Vatas is a two-day music festival made up entirely of women performing solo. Whatever you think it is, it’s weirder. There is paradigm-shattering creativity thumping through the veins of Gatas y Vatas. I’ve seen many instruments played: guitar, bass, keyboards, mechanized homemade percussion instruments, pots and pans, contact mics that pick up the performer’s heartbeat, and random electronic devices controlled by knobs. I’ve heard the voices of women bring syrupy melodies, high-pitched screeching, wailing, deep rumbling sounds, comedic banter and rapping. The performers climb up on stage alone, expose their creativity, and the audience makes it the safest place for that creativity to be exposed. 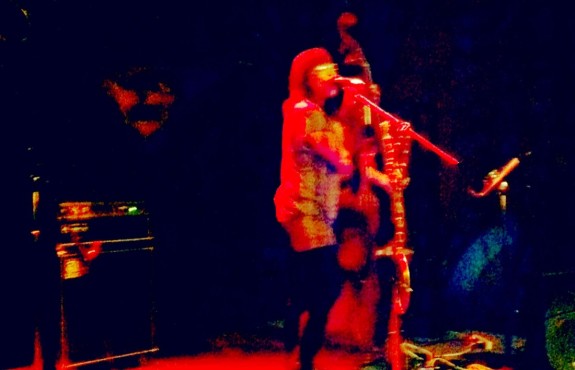 I had been playing upright bass and singing, off and on, for about six years when I heard about Gatas y Vatas.

Marisa Demarco, the festival founder, asked me to perform. I immediately said no. I couldn’t fathom performing without the safety net of my band. Besides, who ever heard of a solo bass player? But the thought of me playing all alone did not die; it stayed in my mind, struggling to take shape.

Four months later I bought a looper. It had high hopes resting in its slick, unopened packaging. I imagined myself looping upright bass with vocals to make a fuller sound. I had even had a conceptual band name, Alonerly: a merging of “alone,” “loner,” “lonely.” That box that held the concept of Alonerly. And it was sealed, gathering dust.

It stayed that way until Gatas y Vatas was turning one year old, and Marisa asked me to play once again. This time, after days of fear and hesitation, I said yes. Almost an entire year had passed thinking about it, and now I had only two and a half weeks to learn how to use my looper, write songs and get stage-ready.

They say once you make a decision, the universe conspires to make it happen.

It did for me. Playing solo was the scariest thing I had ever done. I was literally shaking for hours before, during, and after my 10-minute set. The second I got off stage I declared that I would do it again. I’ve been performing as Alonerly since 2011. I use that manic pre-gig creative energy to write one new song each time I perform.

I’m so grateful to Marisa and Gatas y Vatas for making it happen, year after year. This festival pushed my self-imposed limits, and it’s not just me who leaves stimulated. Many of us draw a lot of inspiration from it—thanks to its safe and accepting environment, where women help one another, expect great things from one another, take risks, grow, and share, in community. When it’s your time, you are on stage alone with your creativity. That’s a woman’s place I never thought I would call home.

Gatas y Vatas 2013 will take place on September 20 and 21 at The Kosmos, in north-downtown Albuquerque. Both shows at 7pm.