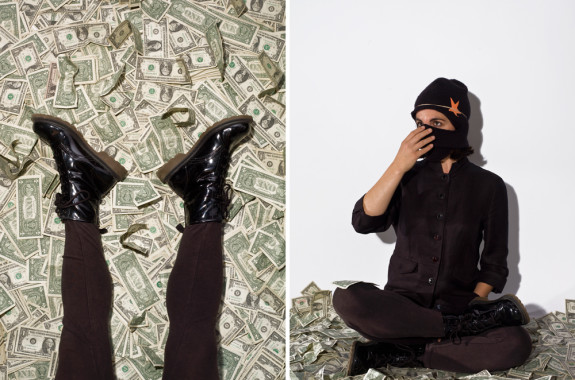 So I’m an artist. A musician.

I think flowery thoughts, or something. Sadly, my landlord (and the local food co-op, despite many flowery designs) does not accept flowery thoughts as payment. So last summer I decided to start giving music lessons. I haven’t been charging people for my expertise for very long, but here’s something I’ve already become less and less afraid of doing: talking about money with clients. Ugh. Seriously. Don’t be afraid of talking about money with your clients, or stuff gets awkward really fast.

It feels awesome. This is totally what you’ve been wanting all along—”Hey, I’m teaching music and making money! This is really neat!”—but talking about money is also scary. It feels weird. In a music lesson you’re forming a relationship, maybe even a friendship, with a person, but this relationship is also dependent on the money exchange happening, and it can feel fucking bizarre, especially at first.

What you should say at this point is something really simple and straightforward like, “Hey, if we’re going to plan on extra time, that’s something I’d like to charge for…”

I deal with this by going through the lesson not thinking or talking about money at all, and then feeling really, really happy when my student plops cash, check or whatever onto my kitchen counter, without me having to mention a thing! Yay! But what to do if the student seems to have forgotten to pay? Ach, then I just have to try really fast to say something that doesn’t sound annoying or needy or dependent or naggy or too “You owe me, now!”

I hate that. I love it when they remember on their own. Avoidance is a skill I’ve honed from a very young age.

But it can only get you so far, avoidance.

I mean, it can get you real, real far into the realms of the awkward, if you let it.

Say a student asks you on the phone for extra time next lesson, to work on something music-related that the student doesn’t feel falls within the lesson. You don’t want to do this, and not really because of the extra time the student is asking for. You’re okay with going over the scheduled lesson time if it happens naturally during the lesson (if you’re in the middle of something that needs completion, for example). So it’s not like you’re stingy in that way.

What you should say at this point is something really simple and straightforward like, “Hey, if we’re going to plan on extra time, that’s something I’d like to charge for…” But you have no fucking clue what to say because you’re all riddled through with annoyance and anxiety. It’s what I like to call “light panic:” this is something you really have to deal with, and you’ve got nothing. Just a mess of silly emotions getting in the way. Ugh, emotions! They’re so not useful at this time.

So you don’t talk about it over the phone, even though you have opportunity after opportunity to do it. Then the student comes to the lesson, and you vow to yourself that you’ll talk about it then. First thing! Before we begin!

And still you don’t talk about it, thinking that somehow the student will get the message through the ether. (Because, what? You’re giving mind-reading lessons? Hello?) Then you’re halfway through the damned lesson, and you realize that the student thinks you’re just hanging out. For free. Then you have to talk about it. And then, it’s a really awkward conversation because you’ve already sent so many contrary signals.

So, that could theoretically happen. I’m telling you, don’t let it happen. It’s worse than just feeling a teensy bit awkward during that initial phone call. Much worse.

I’ve dealt with this on the other end—as a client—and felt the grind of awkward.

I made an appointment with a woman who didn’t tell me, at that time, how much she would charge. I brought a certain amount of cash with me (half of it, in my mind, for groceries to be bought after the session). When the session was over, I learned that I should have brought 33.3% more cash than I had in my wallet to pay her. I felt like a dick! But really, it was her fault for not telling me her rate. I’m sure she felt as bad as I did about the situation, or worse.

I usually sell them for $10-$15, depending on the event, but I sold this CD for $5 because a woman handed me $5, while chattering about other things. She didn’t ask me how much I was selling them for. Maybe she meant to hand me $10? I don’t know. All I know is that she was talking talking talking, pulling her $5 out, handing it to me, and I was handing her a CD. And not saying a goddamn word about how there needed to be 50% more money in my hand before that CD could be in her hand.

But I didn’t say anything! Why? Because I’m a dumbass! A coward! A person who shall hate herself forevermore because she cheated herself out of five measly dollars. GAH.

Avoid the awkward. Avoid the self-hatred. Avoid having the awkward and the self-hatred take time from thinking your flowery thoughts. But, for heaven’s sake, please don’t avoid talking about money. It’s not that big of a deal. At least, it’s not as scary as the alternative. I promise.