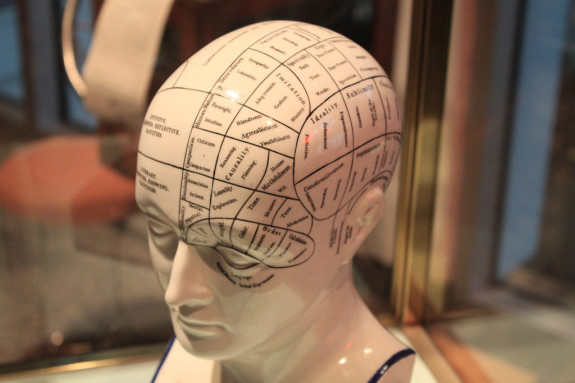 Do you remember that skit on “In Living Color” in the ’90s where every family member had about 27 jobs? Well, that’s me.

I haven’t been blogging in a while. A lot of that has to do with the fact that I have, like, NO FREAKING TIME now, while I maintain myself before my next video game. But part of my absence has to do with debating bringing this up at all.

Here’s the great side jobs debate I’ve been having in my head:

They are low-stress and I don’t have to prove myself to anyone.

If you tell people you are working extra jobs, does it give the impression that you are 1. hurting for money, and 2. willing to work for way cheaper than what they were paying you? And 3. will this hurt the possibility of procuring more potential work in your main field in the future?

I’m a composer for film, TV and video games. The battle between myself and myself is: do I tell everyone about all the side jobs I’ve been working lately? What if directors somehow get the impression that I’m willing to work for cheap, or that I’m so not-good-enough that I can’t even get hired for another composing gig, and have to take up extra side jobs?

Also, I’m pretty sure my parents are convinced that if I have to do something like this, clearly I’m failing at composing, and they will have to support me. Every once in a while my sister will ask, “Do you have to go home and live with Mom and Dad?” in a high-pitched, scared tone. This is our biggest fear: that we fail at something we love and have to go home, to be taken care of. I’m sure people love getting free help, but I translate people trying to help me (especially financially) as, “we don’t believe you can do it yourself.”

The reality, though, is that that having multiple jobs is pretty much a way of life for many people in LA.

This whole town is filled with actors. It’s an assumption that quite a few of them are waiters by trade (and vice versa), just for the flexibility. I can’t be sure that I’ve been passed over for writing music because I’m working low-paying side jobs, but it’s not like Spielberg is researching what I’m doing in my spare time, so I’m sure it’s all good.

Personally, I really hate the 9-to-5 job lifestyle.

I just can’t stand it. Getting to work at 9am, first off, is painful. It’s the crack of dawn. Second, I like the variety that multiple short side jobs offer. The eight-hour grind every single day is like jail to me. The only 9-to-5 jobs I’ve actually had were office ones that were not exactly super-repetitive, but the format was. I just really like working weird hours, and having the option to change or trade those hours if I want or need to.

Just last week, I had to bust out some music for a movie trailer with a two-day deadline. I basically didn’t sleep. I was supposed to work one of my side jobs a few hours on both days, but it was easy to get people to fill in for me. I love the flexibility of working like this!

What is the point of side jobs?

Money. That’s it. If I didn’t want to supplement my income, I wouldn’t do them. The way my schedule usually works, I make the bulk of my money during one chunk of the year. Sometimes during these scoring gigs I work day and night, and there was even one summer I didn’t have time to EAT. Literally. (I finally got a flat stomach that summer, it was fucking fantastic.) But for the rest of the year it’s important for me at least to supplement that income.

It’s great that I can earn a bunch of money all at once, but I think having the security of extra income really helps. Especially being an artist. What if that big gig you were counting on doesn’t come in? Then, you will need these side jobs to help you SURVIVE until one does. And if you are already working one or more, you won’t need to take more time to FIND work while your money runs out for real.

Nothing is beneath me.

And you can take up a pretty solidly-scheduled part-time job. Something like an assistant, or temp office work. However, I’d like to reference Lester Burnham, from American Beauty here: “I’m looking for the least possible amount of responsibility.”

Seriously. I bust my ass (and brain) on my composing gigs. I used the quadratic equation, physics, and fluent French endlessly in high school and college. I was a composer’s assistant forever. I’m at a point in my life that while I wait for my next video game to come in that I prefer to do things that don’t require brain power.

I mean, don’t get me wrong; If you want to put me in charge of the ASPCA or something part-time until then, I would do a bang-up job, and I would love it. But for now, I’m content working these easy side jobs. For the most part, they are low-stress and I don’t have to prove myself to anyone. They’re temporary.

You’re probably wondering what brainless things I’ve started doing, since I brought it up.

Yep, that’s right, I’m a maid now. I signed up for this amazing temp job site basically made for artists like us, with random temporary tasks posted every few minutes. I actually like the cleaning ones, as long as I don’t have to touch anyone’s dirty underwear. And when you clean you can see immediate results, which is nice.

I’m also a driver for a laundry delivery service. (I don’t have to touch the underwear here either.) They let you pick what days you want to work in four-hour chunks, which is great if you have other stuff you need to work around. I’ve helped label things at estate sales. I’ve liquidated a dude’s business and sold his computer equipment on Craigslist. I’ve taken care of pets. There were actually two different points in my life I was running out of money and thought about stripping.

I don’t care, I’ll strip, I’m not judging. (My husband basically forbade me to do it—mostly because he was afraid of me leaving the club at 4am, by myself, in the dark parking lot. I get it.)

My thing about all of this is: You gotta have no shame.

Nothing is beneath me. Honestly, I’m sure I’m overqualified for some of these gigs, but I’m not against doing manual labor until my next scoring gig.

In cases like mine, there’s another piece of the side jobs debate: royalties. Royalties are a big part of supplementing income. I’m associated with several music library companies that supply not only for some of the network TV channels, but a lot of the reality shows. I actually consider writing for these libraries a side job, as I do it when my schedule allows. It’s quite nice. Since most of the time the guidelines for what’s needed are pretty generic, I can write what I want. Later, I see royalties from the work used on aired TV shows.

I think learning to juggle is something that artists just do. You can thrive through side jobs.

Besides, I’ve managed to hand out at least 10 business cards to people in my industry whom I never would have met otherwise. So when people tell you in the beginning of your career to “network,” side jobs could actually help! And the best bonus of all: You get to quote “In Living Color” all you want.