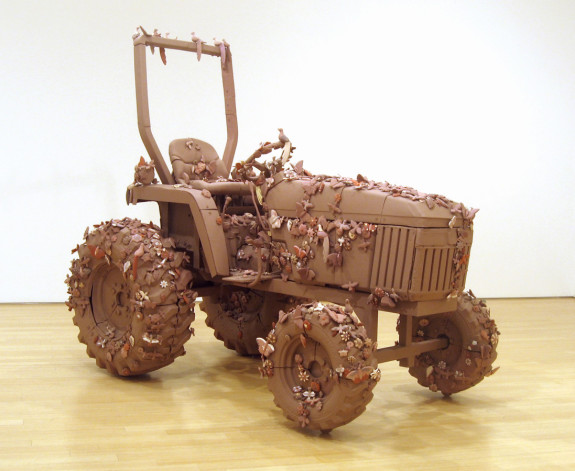 Art At The Border: 21st Century Responses, curated by Kate Bonansinga, is a politicized art extravaganza.

See and engage with commentary about the socioeconomic divide along the border; the logistical rewiring of overcoming it; imminent dangers and the accompanying necessity to quickly evolve; subversive tactics—camouflage, rolling with the punches—fear of getting caught; and the necessity to move through the system unscathed and into a more promising tomorrow!

516 ARTS has a full day of gatherings anticipating the opening reception, from 6–8pm. The show will run for three months.

At 11am, come to a demo with Mexican artists Tania Candiani and RSM (Rodrigo Guzmán) called Interweave [Laboratorium], a collaboration between creative minds, including a musician, computer and electrical engineers, an astronomer, and a physicist. The result is a laboratory of fantastical inventions. Their project explores metaphorical borders between the scientific and the artistic, the ideological and discursive, the practical and impractical.

Bonansinga was the founding director of the Centennial Museum at the University of Texas at El Paso, which is in walking distance from Mexico. 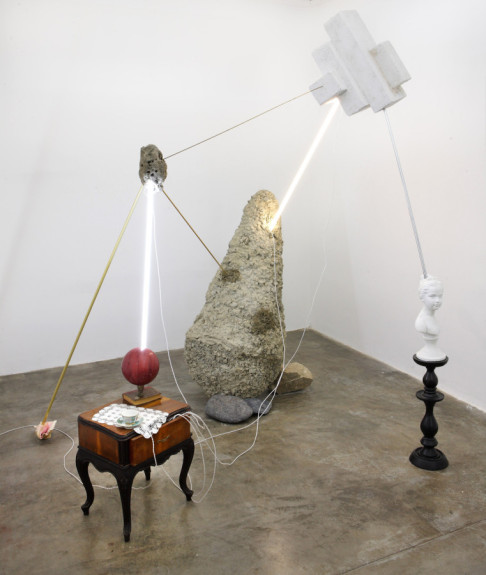 “Artists are very interested in the geographic divide of the First and Third Worlds,” Bonansinga says. “It attracted some really interesting, thoughtful, creative artists to incubate or create artworks for our museum and, between 2005 and 2012, I kept close track of what all those artists were doing.”

She’s compiled all her writings related to the shows she curated for the Centennial Museum into . It will be published in January 2014 by the University of Texas Press, and will be available for pre-order at 516 ARTS, during the opening reception. “That’s why 516 wanted me to curate this exhibition,” she says, “’cause of this book being published.”

She has worked with the seven artists she chose for the show.

Three of them are from Mexico (one in Tijuana, one in New York [originally Juarez], the last from Mexico City.) One US team is based in Chicago and Cincinnati, and the other in El Paso. They all exhibit nationally. 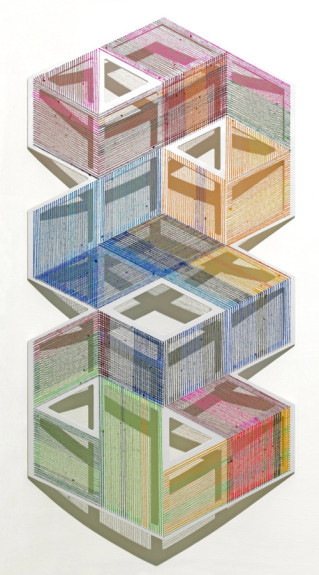 “Adrian Esparza in El Paso, he takes those cheap striped acrylic Mexican blankets, and he takes one thread from them and just pulls it and unweaves a blanket, and from that piece of string he creates these geometric wall constructions,” Bonansinga says. “They look like . They reference abstract painting, but they’re made out of thread.”

The Midwest team’s contribution is about the process of creating a sculpture that will be installed at one of the border crossings. You can view their working drawings and models at the show.

PUBLIC FORUM: Art at the Border
How have artists recently responded to the geography, politics and culture of the US/Mexico border? How do artists and curators work together to realize a project? Witness and participate in this discussion to find out. Forum participants include guest curator Kate Bonansinga and artists Alejandro Almanza Pereda, Tania Candiani & Rodrigo Guzmán, Adrian Esparza and SIMPARCH.

OPENING RECEPTION: Art at the Border
Celebrate the opening of Art at the Border: 21st Century Responses. Meet the guest curator and many of the artists, and enjoy live music and refreshments.

Photos courtesy of 516 ARTS. “Movement in Squares” from Wikipedia. “Movement in Squares” by Bridget Riley