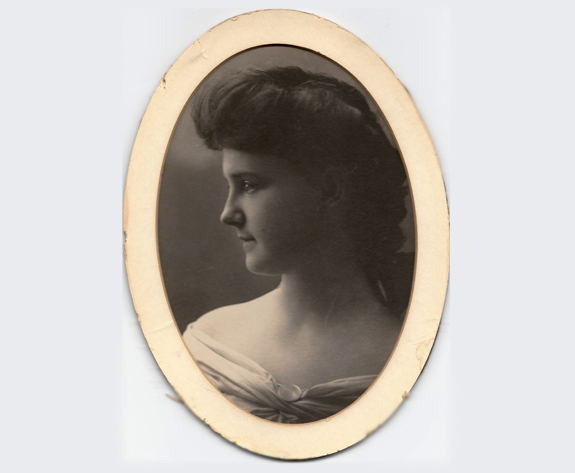 Old school shoulder-flashing was the twerking of the 1900s.

I wasn’t going to write this letter, but I have finally recovered from the endless mentions of Sinéad O’Connor and Miley Cyrus popping up in my Facebook news feed. Now that we’ve all had a breather, let me gently request: Shut the fuck up already. I don’t want you in my face every day. Do you even know what’s going on in Syria? I bet no one else does when you clog up the news with your crap.

Nothing but irritation will come from your existence in the long run, because we just want to be left in peace to watch our reality shows, where catfights actually belong. Please stop.

What’s the DEALLLL? Unless you studiously avoided the shitstorm circus that surrounded Miley Cyrus after her performance on the Video Music Awards in August, you probably heard about the barrage of “open letters” she received from Sinéad O’Connor. Not to mention the other musicians who jumped in.

I did a little research to lay out the timeline of the beating of this dead horse (sorry I’m beating it more), and here is what I’ve come up with. (With thanks to Google.)

Sept. 24, 2013: Miley does an interview in Rolling Stone and compares her new music video (NSFW) to Sinéad O’Connor’s “Nothing Compares 2 U” video.

Oct. 2, 2013: Sinéad writes her first open letter to Miley, telling her the young pop star doesn’t have to prostitute herself (in a nutshell).

Oct 7, 2013: Sinéad writes a fourth open letter to Miley, since taken down.

Oct. 8, 2013: Spoofs ensue; Funny or Die publishes a “letter” from the marketing director of Arizona Iced Tea regarding Miley’s photo shoot with Terry Richardson (in which Miley is pictured using cans of the iced tea as sexual props).

Oct 14, 2013: Sinéad writes a fifth open letter to Miley, also since taken down.

Oct 14, 2013: Sufjan Stevens writes an open letter to Miley, correcting the grammar in one of her songs.

Whew. These open letters are exhausting.

First off, I’m not about to get into whether Miley stands for the degradation of female empowerment, or whoring, or whether the music industry is using her—or any musician—for profit. I just want to bitch about open letters.

Here are my deep thoughts on this, and because I’m pretty much at the same level of influence as Miley and Sinéad, whatever I say here will obviously be taken by millions as truth. Below is the definition of an open letter. I looked it up.

“Intended for publication.” That’s my first thing, here. Why are people writing letters that they want published? I mean I guess if you don’t live in the same city, it might be hard to schedule a sit-down with Miley. But it’s weird to me that the other option is to publish your thoughts to the entire world.

There is something to be said for someone with exactly the same experience in exactly the same field. Sinéad can give useful advice that might stick. But I think people use these open letter forums to spotlight themselves.

It freaking works, too. After I saw that Amanda Palmer and Sufjan Stevens had contributed letters, I looked them up. I had never heard of either, nor heard their music. Well, they win, because now I know who they are, saw their websites, and listened to some of their stuff on iTunes. Well played, writers of open letters.

I’m not against the message, in any way, of what these people are trying to say to one another, or Miley.

I actually agree with some of it. However, I also agree that every musician has a place in the musical world. That’s quite a generalization, I know. If every person on the planet were a musician there would be quite an overflow of talent, and it would be hard to hear anyone.

But it’s not like there isn’t space for all kinds of musicians: people who want to whore themselves; people who can’t sing and need to be Autotuned; people who can’t perform; old people; young people; the guy on the corner with the paint buckets and drum sticks; church singers; people who perform various world genres; people who only use the computer to generate sounds; etc.

I have a million judgments and opinions of musics, and what I really like, versus what I scream at the radio for, because I hate it. But here’s what’s up: If you don’t like some music, or what’s on TV, then you can turn it off or change the channel. Just like what I do with Fox News.

There’ve been scandals for years and years.

What was considered shocking a long time ago is, in many cases, practically nothing now.

Check out the picture of my great-grandmother above. Around 1900, she went in to have some photographs taken. (I asked my mom what they were for, and she doesn’t know. My guess is high school photos.)

It blew up when the shop owner put her picture in the window, and her father happened to see it, walking by. At the time, it was a scandal to show that much skin. Yes, just her neck and shoulders.

People like Miley will continue to shock us. I’m not saying don’t state your opinion if it offends you. But there is always going to be something and it’s up to you how to deal with that. My solution? Let’s scandalize open letters!