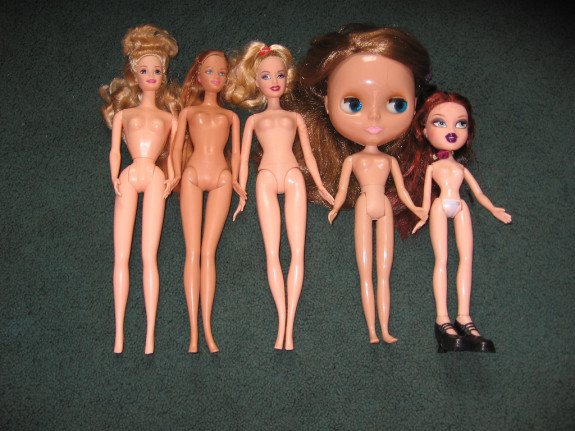 Women’s body issues are not new.

I consider myself to be intelligent, informed—able to rise above the message that skinny is beautiful. But apparently I wasn’t.

About two years ago, I got the idea in my head that I’d gained weight. I would confirm my fears every time I’d see a new picture on Facebook, every time I’d catch my refection in a subway or store window.

Looking back now, I recognize that I was also going through a very rough transition time. Obsessing over my weight and food was a way to escape my unhappiness. The more I tried to diet, the more I failed. Then the cycle of self-loathing started all over. Why couldn’t I be happy and confident? What’s wrong with me? I would wonder. Cue self-hate cycle, again.

If I was writing a difficult scene of my novel, I found myself grabbing almonds from the kitchen. Hard day at work? I’d snack on mini candy bars around the office. That’s not a healthy way to live. But I had no idea why I was doing it.

After reading a friend’s blog, I reached out to her because I related. I wanted her to know she wasn’t alone. The next time I saw her, she handed me a copy of Geneen Roth’s Women, Food, and God.

It was a revelation.

Eating when you’re not hungry is “a way to leave ourselves when life gets hard,” says Roth. Food (or any type of drug/distraction) temporarily numbs whatever uncomfortable emotion we’re experiencing—stress, boredom, sadness, anxiety.

But I just love eating! I love food! Food is good for you! I thought. And those statements are all true. But, “when you like something—love something—you take your time with it,” Roth says. You don’t eat an entire pint of ice cream in one sitting because you love ice cream. You space it out over time. You savor it. 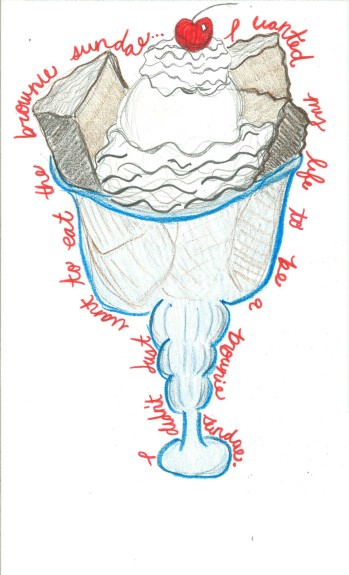 Over time, I’ve gotten better and better at sitting with anxiety, loneliness, anger. When I sit with my emotions instead of trying to escape them, they don’t seem as big a deal as I thought.

“Diets are based on the unspoken fear that you are a madwoman, a food terrorist, a lunatic,” Roth says. I know which foods make me feel more alive, satisfied, and happy, and which foods make my stomach hurt. “Eat what your body wants, darling, otherwise you won’t feel so well,” I hear her saying when I’m eating something I don’t really want, or eating past the point of fullness.

Eating is about being kind to yourself.

It has always been surprisingly hard for me to tune in and ask how I feel. I have a habit of letting my head fill up with all the things I need to be doing, rather than the joy of fully inhabiting a moment.

Even though I’ve learned all this, (I’ve read the book twice now in under a year) I still slip up. I still eat more of a brownie than I really want, and end up with a stomachache. Or I start thinking that I should eat only carrots and hummus for my next five meals. But then I realize that I’m getting a little carried away with the rules again. But I don’t judge myself for doing these things, I just notice what I’m doing and ask myself why. Isn’t that interesting? I think.

Then I move on.