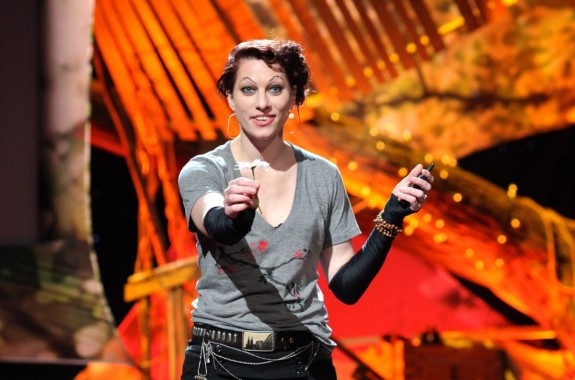 Amanda Palmer, the musician who famously made over a million dollars with one Kickstarter campaign, joined the TED conference earlier this year to talk about how to ask people for help. Lots of artists, myself included, have found inspiration in her talk (with over 3 million views as of this writing).

Don’t make people pay for music, says Amanda Palmer: Let them. In a passionate talk that begins in her days as a street performer (drop a dollar in the hat for the Eight-Foot Bride!), she examines the new relationship between artist and fan.