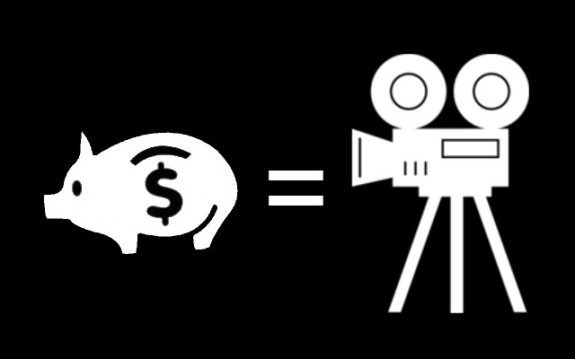 Perhaps the curiousest thing about movies is how willing people are to partake in making them.

When a movie is conceived it’s the tiniest little snowflake, apt to melt in the hot breath of anyone who thinks it won’t take off. But you get someone on board, and that person gets a person or two, pretty soon you’re snowballing all the way to the red carpet.

Well, maybe not the reddest of carpets, but certainly one redder than, say, my carpet. The only redness my carpet has is a large, amoeba-shaped stain that came to be during a night featuring a bout of screenwriting frustration and a bottle of cheap wine. But, if you’re like me, you’re working toward redder carpets. You’re trying to make a good story.

That’s the task: To make your film—your fragile, unique snowflake—into something that lasts.

We need money to make our films. Luckily for us, independently-funded movies have been made as long as big studio-funded movies. That’s a good, long legacy of snow-prints to walk in. Also, maybe you’ve noticed, as I have, that a shift is occurring in the filmmaking world.

The big studios only know how to make money; and they’re good at it.

But these money-raking stories are trite and rancid and their audience is ever-waning. In the past five years, only one film produced by one of the Big Ten won the Academy Award for Best Picture, Argo. (And it’s going to be an independently-funded feature to win at the upcoming Oscars.)

This is stretching the traffic lanes of good storytelling. Big studios have sailed off; it’s the subsidiaries and the big independents that are welcoming critical acclaim, and the small independents are getting more and more movies made, thereby allowing the wine-stained-carpet owners some climbing room.

I am constantly amazed by the joy a person gets from being part of making a movie. Working as art director this summer on the tiny film Drunktown’s Finest, I witnessed the endless excitement of those who helped make the film (which has been submitted to next year’s Sundance competition); even those who had the smallest functions in the production.

People want to be part of your film—all you have to do is ask.

There was a car, a beautiful Cadillac painted up like the wall of a New Mexican barbershop. The director wanted it, so the line producer asked the driver—a flat-bill-hat-wearing cruiser of Cerrillos Road—and the driver excitedly agreed. He proceeded to drive that beautiful caddy all over New Mexico. For nothing! For nothing except, maybe, “I want to be part of this, too.”

When it comes to getting money, it goes like this: “Do you have a dentist?” my filmmaker friend James Glover asks. “Your dentist has money, why don’t you ask him for some?” Once you have the money, getting everyone else is easy.

Crowdsourcing websites do amazing things. They get shit funded. Use those if you like, but understand that they are not the only way to get the money. These websites, very simply, earn you money because you are able to express clearly and succinctly the idea of your project, and how it will be realized, thus sparking interest. They also work because you are asking people.

However, for everybody’s sake, do not go around asking for money for a project that’s still in the rafters.

My friend Kevin Pierce, who was Production Designer on Drunktown’s Finest, has worked with and is good friends with Alexander Payne. He says this is how Alexander Payne does it: Alexander Payne goes down studio lane with two things under his arms. The first, a copy of his latest script. The second, a binder of the budget breakdown of the film. He walks into the exec’s office. “This is what I’ve written; this is what it’s going to cost. Do you want to buy it?” The executive says yes? “Great!” The executive says no? “Thank you anyway. I’ll try the next one.”

It’s around this type of confidence in our stories that everything should circumscribe. So make sure you have a good story. If you do, they will come teeming.

I remedy my original observation: The curiousest thing about movies is how willing people are to partake in the telling of good stories.