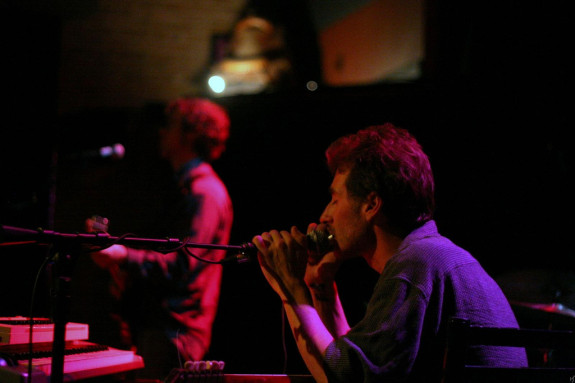 Califone created a music video for its song “Stitches,” using a scrolling series of images inside tumblr. The effect is haunting and awesome, and uses Tumblr.com in a completely (as far as we know) novel way that matches perfectly with their music.

In a unique approach to a music video, Califone worked with filmmaker Braden King and programmer Jeff Garneau using Tumblr to debut a beautiful and haunting interactive video of the new album’s title track “Stitches”. Garneau programmed the video to randomly pull images and animated GIFs from a previously selected set of Tumblr sites to provide a truly distinctive experience every time the viewer watches the video. Head over to Califone’s Tumblr HERE to find and experience the hidden video that Nate Auerbach, Tumblr’s Music Evangelist, calls, “deeper than an album jacket and more intense than a music video, because it is living and breathing.”

Read the rest of the article at Dead Oceans.