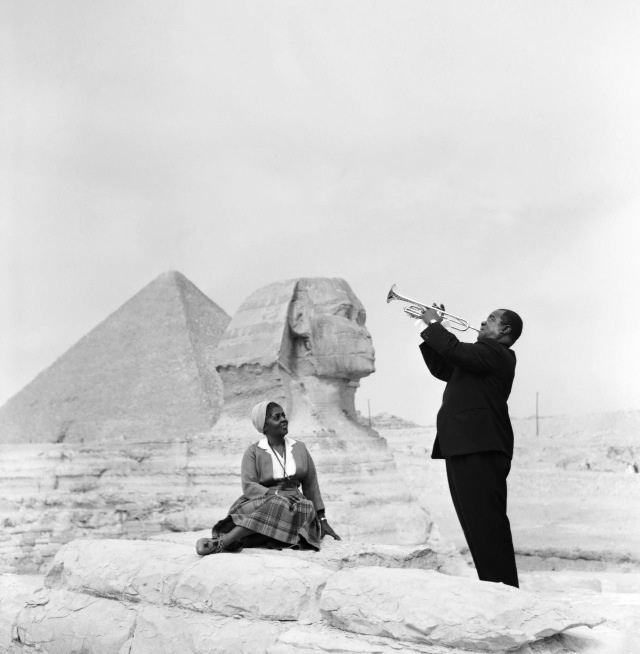 Learn about the daily rituals of greats like Louis Armstrong.

We at Pyragraph recently learned about a book that we think will be of interest to creatives. Daily Rituals, edited by Mason Currey, catalogs the daily habits of some of the greatest creative people alive and dead. NPR reviewed the book.

The book makes one thing abundantly clear: There’s no such thing as the way to create good work, but all greats have their way. And some of those ways are spectacularly weird.

Nikola Tesla typically worked from noon until midnight, breaking at 8:00 p.m. for dinner every night at the Waldorf-Astoria. Among the many peculiarities of this ritualized repast was his practice of not starting the meal until he had computed his dinner’s cubic volume, “a compulsion he had developed in his childhood.” Truman Capote, who wrote lying down in bed or on a couch, refused to let more than two cigarette butts pile up in an ashtray and “couldn’t begin or end anything on a Friday.” Louis Armstrong smoked pot (“gage,” as he called it) almost daily and couldn’t go to sleep until he had taken his dose of a “potent herbal laxative” called Swiss Kriss. “Armstrong believed so strongly in its curative powers that he recommended it to all his friends,” Currey writes, “and even had a card printed up with a photo of himself sitting on a toilet, above the caption ‘Leave It All Behind Ya.’ ”

Read the rest of the article at NPR.