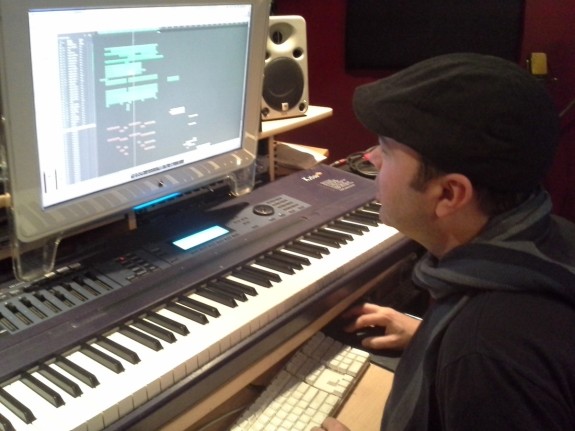 I think it’s really hard for some people to speak up and ask for help for something.

A lot of people think they can take on all their shit by themselves. My sister is a good example. Sometimes, she’ll try to do everything herself and gets more and more frustrated, running around like a crazy person with 1,000 tasks and a photo deadline and finally throws a drama queen fit when she can’t handle it anymore and then we have to step in and calm her down.

I think this is more common with people than you think.

Some people are a quiet storm and then snap when they’ve worked too long and have finally run out of their sleep supply. There’s a point before this emotional volcano where asking for help is totally and completely fine! It might be awkward because maybe you are not used to it, or you will feel like you owe that person something forever, or you just don’t want to seem weak.

To that I say this: in my experience, getting help for your career can only help you advance. So don’t fear! Speak up. This is the most important thing I can say about this topic. “Ask and you shall receive,” or however you want to put it. The worst that can happen? People will say no. That’s fine, then you can always ask someone else!

Being a composer and then asking for a favor is not like being on “Project Runway.” It’s not really a competition. People aren’t walking around saying “BITCH, I AIN’T HERE TO MAKE FRIENDS” or saying no to your humble request because they think it’s going to ruin their career possibilities later.

I’ve found that other composers and musicians understand each other.

We bond over this stuff. They have probably been in the same situation in their lives at some point. If you ask them for help, they most likely will give it. I don’t want to a blanket generalization here, but a lot, if not all musicians when starting out don’t have a lot of money. At least in my case, I know that if I was offered pizza or something for helping a friend, I would enthusiastically help them.

If you have some money in exchange for your favor, throw them a little. Buy them pizza. Pay them by bartering. It’s the gesture that matters.

My friend Scott was doing a movie trailer once. He needed multiple singing voices on it from different people so it would sound like a big crowd singing and asked me if I could record a few audio tracks. It was easy enough; I was able to record about 10 separate .wav files for him at home, and it took me MAYBE an hour at most. He paid me back by recording about 16 bars of acoustic guitar that I could loop for a personal song project I was doing. I thought this was a really cool trade, and we both were happy!

I did have one bad experience when I was at work and couldn’t figure a few things out, and then was told that I needed to “stop pulling this damsel in distress stuff.”

I would not be where I am today without asking for help, and my whole life is a domino effect of the positive outcome of this. I can go back in time through events where people helped me out and I wonder, would I be here today if that person had not been so kind?

I would not have gotten into the music school at Michigan without asking my friend Eric to help me. We had to “write a simple computer program” as part of the admission process to the “Music Technology” program in the University of Michigan music school. Well, right there, I was done. I know shit about coding, computer languages or anything else. I just wanted to be able to learn to compose on a computer. My generous engineer friend Eric helped me design a simple type of “slot machine” computer program that the entry board people clearly thought was acceptable because I got in! In this case, Eric did 99% of the work. I tried to learn and study what he was trying to help with, but to no avail. Without him, that part of my admission would be nil and I probably would not be where I am today.

My poor now-husband Nate has helped me with so many music things that I can probably never repay him.

When I was working for my first composer boss, I used to call Nate in tears when I was working after hours in the studio, asking him how the analog mixing board worked, why couldn’t I hear shit in the speakers, and how was I ever going to get anywhere in life. Poor Nate, he walked me through the workings of that board and all of my computer issues and everything else I didn’t understand early on when I started working in L.A.

What is great about this (besides the fact that I obviously would not be here today without him) is that I would learn stuff while he helped me. Problems like this would become old hat to fix, and soon, I was having fewer and fewer of them. I’m not saying I know everything now. Some days I’m like, “WHY DO I SEE LIGHTS BUT HEAR NOTHING???? WHERE THE HELL DOES THIS MIC CABLE GO????” But nowadays, I’m very excited when I figure stuff out ALL BY MYSELF, stuff I would have called him in tears over, like how to enable an explicit TLS connection through FTP to deliver music files to France. THAT’S RIGHT, PEOPLE. France.

While I’ve maybe gotten a little annoyed reaction from Nate if I asked him the same thing for the 4th time, I mostly haven’t had too many bad experiences when I asked for help when I needed it. HOWEVER, I did have one bad experience when I was at work and couldn’t figure a few things out, and then was told that I needed to “stop pulling this damsel in distress stuff.” That REALLY pissed me off. I like to think of myself as a strong woman. And although I can recognize my weaknesses and am fine asking for assistance when I need it, I found that to be a HUGE insult. I wasn’t deliberately trying to drain people of their precious resources (in this situation: time) and wasn’t being whiney. I just didn’t understand a few things.

Anyways, that potential kind of reaction shouldn’t deter you from asking people for help in the future. Don’t be afraid to speak up! Just yesterday, I asked my friend Larry to see if I had any weird unclear sentences in my last blog. He’s so nice, he always reads my blogs and lets me know if I have grammar mistakes.

I probably owe him some pizza.