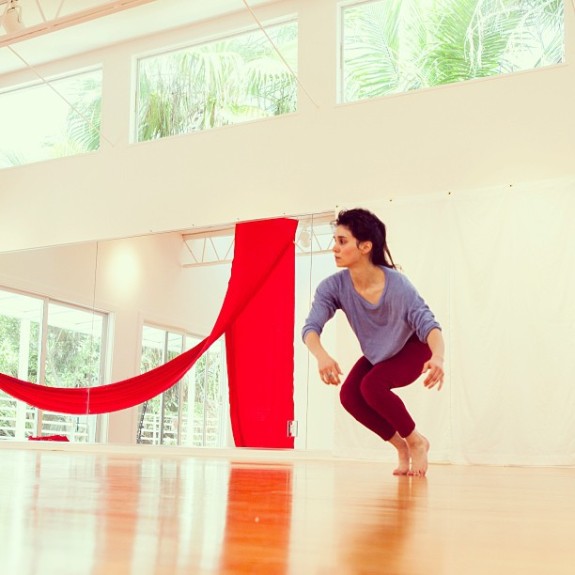 For three weeks this fall I was eagerly engaged in Practice Based Research in the Arts, a free, online course offered by the studious folks at Stanford. Through various writing exercises, they’re attempting to guide students toward more effective methods of critical research and concrete articulation.

For this class, I have had the tasks of succinctly describing my project, scrutinizing my studio practices, and sharing meditations on my principles and desired outcomes to my classmates. They are based all over the world, and work in every medium imaginable.

I’ve been choreographing and performing in these disparate creative climates for the last five years.

Seattle’s dance scene is a vibrant, competitive, and insatiable community. It fosters a brand of technically proficient, refined, and inventive dance. Their population is actively replenished by graduates of Cornish College of the Arts’s renowned dance program every year.

Portland’s scene is sparse and modest by contrast, but its proponents are invested, articulate and inquisitive. With an unwavering devotion to critical theory, Portland’s dance artists engage in a particularly academic dialogue—one that sees transcontinental interchange with choreographers, researchers, and theorists.

I would venture that Seattle values product, inspiring its choreographers to take a more methodical approach to dance making, where Portland values process for process’s sake.

Portland choreographers are a heady bunch.

They theorize about how, where, why, and which type of dance serves a purpose—be it political, theatrical or conceptual. Their “processes” celebrate multiplicity, unpredictability, instability, and the impossibility of shared perceptions.

The world of dance in Portland is buoyed by “works-in-progress” and “informal” showings—ambiguous labels within which dancers are afforded considerable opportunity to self-reflexively explore the messiness that is performance: a slippery, leaky, ephemeral affair.

As we choreographers do not deal with a medium of consistency, it is understandable that many fetishize the un-becomingness of dance—relinquishing hyper-control, and highlighting the uncanny and elusive nature of live performance. We work primarily with the body, which, even when highly trained, is subject to all manner of inconsistencies—from biological shifts (illness, infection, fatigue) to the gaze of the culture who regards it. That culture undeniably recontextualizes, engenders, and transforms the body to align with culturally-specific codes and expectations. 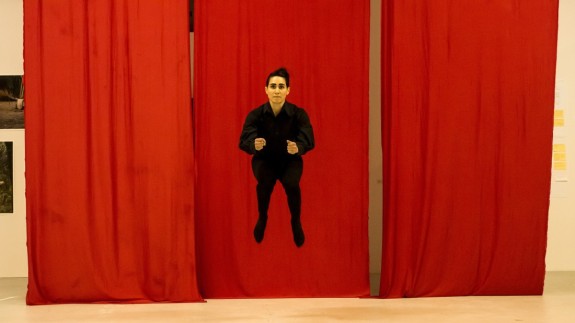 Secondarily, we work with memory—muscle memory when learning and performing dances, and also the mental tracking of progress and evolution of ideas. More challenging still is collaboration, wherein memory is prone to inter-subjectivity and (mis)communication.

Problematically, the word “process” does not even imply an end.

A “process” can be indefinite, ongoing, continual. And hey, if the medium we are dealing with is perpetually shifting, and morphing, and disappearing before our very eyes, why bother trying to pin it down? I understand that logic, and with Portland’s lack of high-caliber venues, and even greater lack of funds available to utilize them, dances there are relegated to the likes of bars, studio showings, and even house shows.

With an inability to frame dances in optimal settings, choreographers have less incentive to present works finessed enough to require them. Be that as it may, and as much as I admire Portland’s punk/DIY moxie, when I witness someone’s “process” unfold onstage (in a bar, in a basement) it too often feels hermetic and isolated—a fact that generally undermines the importance of the audience’s role in the exchange. In a performance context, the audience activates, and to “make” a work that ultimately refuses this is a missed opportunity for a sincere and in-depth dialogue.

In Seattle, we have “method.”

With more choreographers competing for highly coveted performance opportunities at world-renowned theaters in Seattle, and with the pressure Seattle choreographers face to create highly polished works within abbreviated rehearsal periods, success is dependent on their abilities to establish methodologies that expedite their arrival at a product.

I am a product-oriented artist—I want to produce something that is specific, contained, and distinct, and I want to trust that I know how to do such a thing. While I understand the desire and importance of critiquing the complexities of our medium, I find myself derailed by them when it comes time to make concrete compositional statements—to be held accountable for the findings and subsequent choices that result from the inquiries; I am simultaneously intrigued and paralyzed by the ephemerality of it all. At what point inside a “process” must we identify the “outcome,” and make it evident to an audience (if ever)?

I oppose the suspicion that an accessible work is a dismissible work, because I often see a sharpness and shine in works that prioritize communication with the audience, and when masterfully crafted, they do so without the condescension or desperation of broad strokes.

The appropriation of scientific practices and vocabularies by the art world can seem like an attempt to validate, justify, concretize or objectify art and its making-of, but I suspect there is a way to harness this more scientific brand of causality and empiricism to narrow our scope and relieve the overwhelming anything-is-possibleness of creating dance works. To move past the hindrances of self-doubt, lack of clarity, excess of ideas, and indecisiveness, I pine for (require) a system that puts me in motion—makes me want to work even when I am faced with an empty, blank, and neutral studio, with nothing to fill it other than my unenduring, volatile, and elusive medium.

My online class emphasizes an in-depth and methodical examination of artistic process. When reviewing the writing of my fellow students, it is apparent that, though we may feel like our project seems prosaic and literal when we put it into 200-words-or-less, it is the only way to resolve the cognitive gap between you and your reader. One must be specific—even if it feels dull. In an era where artists can do literally anything, it is foolish for any individual to attempt to do everything.

I am methodically searching for that middle ground.

View all posts by Allie Hankins →