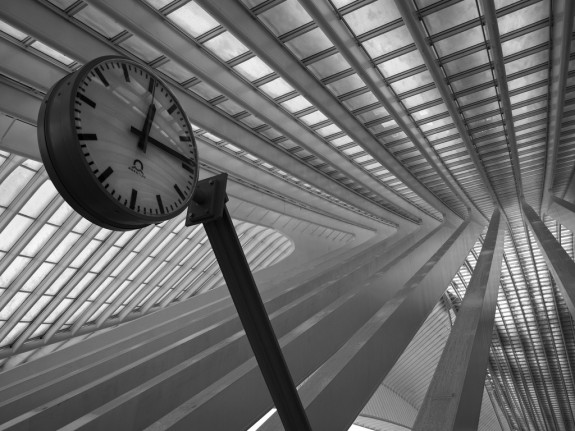 Time is linear, but Gregorian calendars are laid out in a grid pattern. Clocks, like the one above, work in a circular pattern. So Jeff Schwarting designed a linear calendar that matches the linear way in which we experience time. Fast Company featured his design.

“Clocks represent time as cyclical, typical calendars represent it as a grid, but the passing of time is continuous,” says Jeff Schwarting, who’s designed an alternative calendar. “It flows without interruption, without page-breaks, and without repeating itself.”

Schwarting’s linear calendar looks and feels like a white board–which is exactly where the idea came from. At Schwarting’s former company (which manufactured and distributed daily planners) he and his team would create a timeline on a white board, at the start of new projects. “It’s extremely useful, because it allows everyone to see–literally see–how much time we have between each milestone and until the end of the project,” he tells Co.Design.