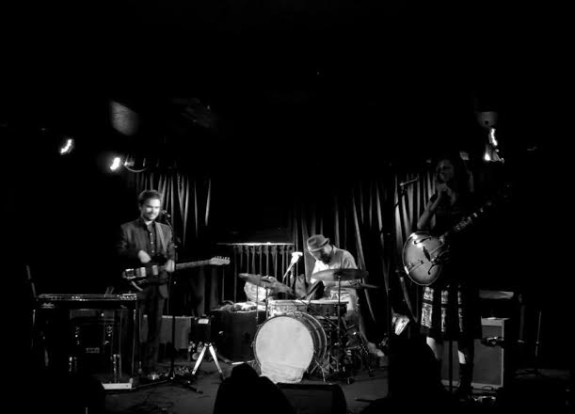 The main takeaway from the first Wildewood tour, beyond the realization that budget hotels are all the same, and Barstow is a terrible place to stop to eat, is that humidity is a formidable opponent to a Telecaster.

It was just bizarre to experience rooms full of people waiting patiently to be transported to New Mexico through 45 minutes of song and story, uninterrupted by even the slightest jest, heckle, or catcall. It never really felt normal, considering we’ve thickened our skin by playing music here in town, battling the hum and drone of people trying to talk over the performers and 50″ televisions.

The audiences we encountered in the Pacific Northwest were incredibly gracious, quiet and attentive. On our first night at The Sunset in Seattle, people came to chat after our set, stuck on a small series of lyrics that stood out to them personally; they were there to listen to the music, and even discuss it with us. These were complete strangers.

As if being on the road wasn’t enough of an eye-opener and an inspiration, we had the supreme privilege of sharing the bill with The Handsome Family for four shows.

Four nights in which Albuquerque was alive and well as ocean breezes caught polyester cowboy shirts and the sound of the southwest spun through the air. The professionalism of Brett and Rennie Sparks forced us to be on our toes at all times, and their generosity gave us an incredible opportunity to actually get our feet wet, as far as touring goes, and play venues that made the 50+ hours of driving worthwhile.

For all three of us, sharing those nights with Brett, Rennie and Jason was an absolute high point in our musical careers—especially in Eugene, Oregon at Sam Bond’s Garage. After playing what was by all accounts a weird night, we wrapped up sharing stories over pints of beer as pink fog engulfed the building we were in, with The Kinks playing in the background…truly surreal.

The surreality followed us as we drove from town to town, completely unfamiliar with these alien northwestern cities, to be met by nothing short of sheer generosity. 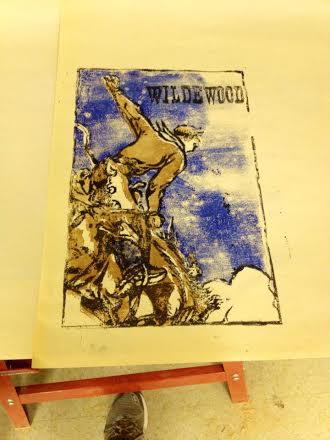 Load-in times were clear, sound checks were productive (we had hour-plus sound checks in Portland and San Francisco), and meals were free and delicious, often accompanied by a cold IPA or a steam beer.

This pampering is pretty unknown to us.

It stood out as another anomaly which actually pushed us that much more to perform. After all, we were making a first impression at all these venues, with hopes of returning; we’ll most likely be headed back sometime in the Spring of 2014. It was funny to see how Albuquerque has a sort of mysticism surrounding it and people were eager to learn about what it’s like living in a place with high-noon gunfights, blockbuster meth problems and Saul Goodman posters.

We were, of course, curious how everyone we met was in a hip post-grunge band, only drinking the world’s finest coffee and beer, and not giving a shit about anything. Well, stereotypes are funny.

Between three drivers, the drive wasn’t that bad actually, and we all got to take turns playing DJ. One of the musical high points for me (or low point if you happened to be the driver, sorry again, Greg) was blaring Pink Floyd’s Atom Heart Mother on some formidable southern Oregon highways, pitching and swaying as tape loops and white noise clashed with Mellotrons and electric guitars; it sounded the way we felt.

On the cusp of a great journey without any idea what we were really in for…a sort of beneficial anxiety and something to overcome and resolve. Neil Young made a few appearances, too, some of which were picture-perfect through Utah’s badlands and Idaho’s ghostly expanse in the November night. The fact that the three of us were together on this journey is what really mattered, though, and it offered us a great chance to be very introspective and really analyze what we were/are doing musically, and where we’re going.

Having gotten the bug for touring, we definitely see ourselves touring more in the near future. Through this tour, we realized that what we love about playing music in New Mexico is our fan base, our friends and our families. The bigger cities were great to be in, but there was never the comfort there that we feel here in Albuquerque, that familiarity which seems to link our little Americana family here in town. Of course, given the opportunity, we’ll gladly spend more time on the road and see more of the world through our music, but never at the expense of our Albuquerque home.

Our music is reflective of who we are as a result of where we live, and to be honest, we really do love it here.

I don’t think it’s selfish to want to see the world, but still be able to get a #9 from Golden Pride every now and then.

The first tour was a success; we put some serious miles on the car, played some truly memorable shows, made some great friends and set the pace for the next tour. Now it’s back to local shows for a while, until we’re ready to hit the road again.