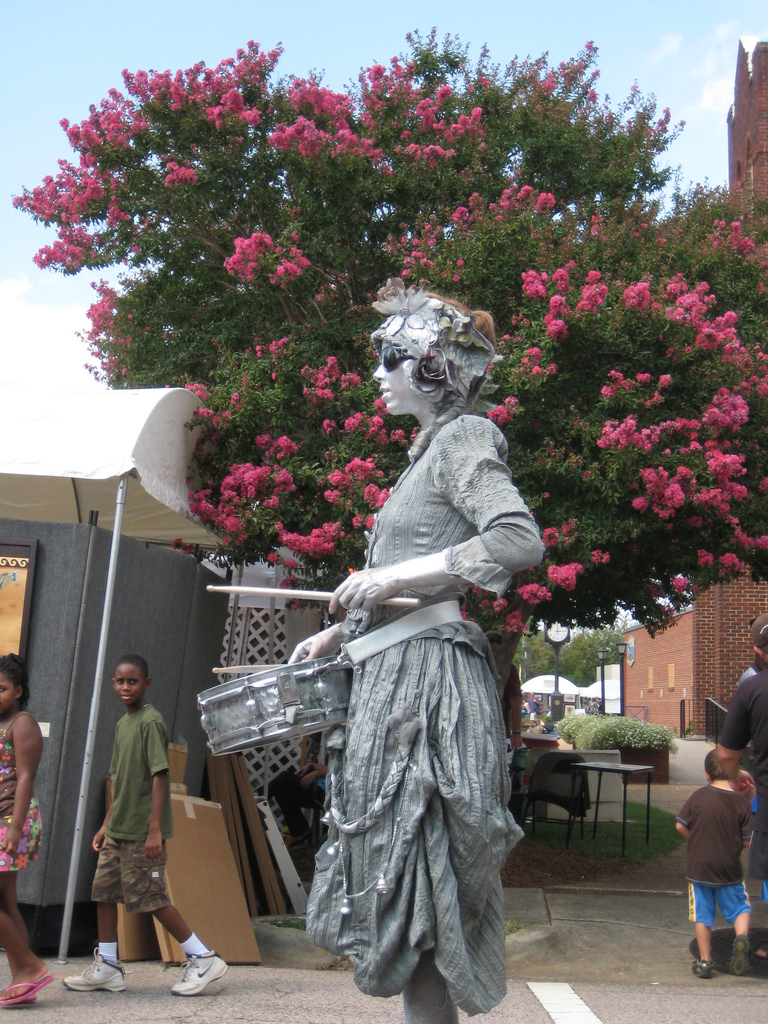 Why is it that we’re still dealing with women’s inequality in music? Farah Joan Fard writes about it at LaParadiddle.com.

There are many instances when I’ve gone to do something with my drums and, yet, the person I am interacting with assumes I am not the drummer. When my dad wanted to get me a new pair of sticks for my birthday and, after purchasing them, handed them to me, the Guitar Center employee blurted his surprise that the sticks were not my dad’s. The same employee who then tried to sell me a hot pink cheetah print stick bag. Or the guy I ran into when I was loading my set in at a gig, who walked by me and asked me, critically, “Do you actually play those things?”. No, sir, it’s fun to carry a drum set through a crowded city and narrow bar doorways, just for fun I say! Or the man who asked me what I was doing with a drum key on my belt loop. Not because it’s fashionable, dude. Because a) it’s not and b) I had to tune a drum set before practice…

There are a ton of women I know who hold jobs that were male dominated back in the day. Keep in mind that the Nineteenth Amendment isn’t even 100 years old; the first woman to be accepted into medical school in the United States was accepted by accident (thought to be a joke) less than two hundred years ago; the “first woman of finance”, Muriel Siebert, was in the late 1960s; the first female conductor of the Met Opera wasn’t even thirty years ago; and the first woman to win Best Director at the Oscars was only three years ago. According to Catalyst.Org, 1978 was “the first year that at least 50% of all women over the age of 16 participated in the labor force”. I suppose many of the fields I am thinking of are still male dominated, I just try hard to look at each person by their work, and not their gender.

Read the entire article at LaParadiddle.com.