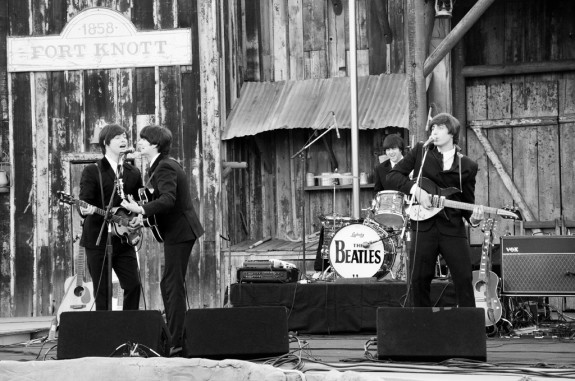 Along with all the great songs, The Beatles have taught us a lot about love, superstardom, and building a global music empire. Here’s an article we found that focuses on that last thing.

Three lessons the music business of today can learn from the Beatles in 1964:

“Going viral” is a new name for an old phenomenon. The Internet is traditional word-of-mouth on steroids, amplifying a message by making it easy to quickly share information. But gossip, recommendations and opinions have always spread from person to person. As the old Fabergé Organics commercial goes, one person tells two friends, and they tell two friends, and so on, and so on, and so on. The job of business is to both build and capitalize on that word-of-mouth. The Beatles went viral by creating word-of-mouth and turning the buzz into mainstream media attention. It’s a feedback loop that feeds itself. In the United Kingdom, manager Brian Epstein and EMI converted public interest into media attention into more public interest. The U.S. media’s interest in the band’s U.K. media coverage started a chain reaction of radio airplay, public interest and national TV appearances—which resulted in more airplay, public interest and TV coverage.

Read the entire article at Billboard.