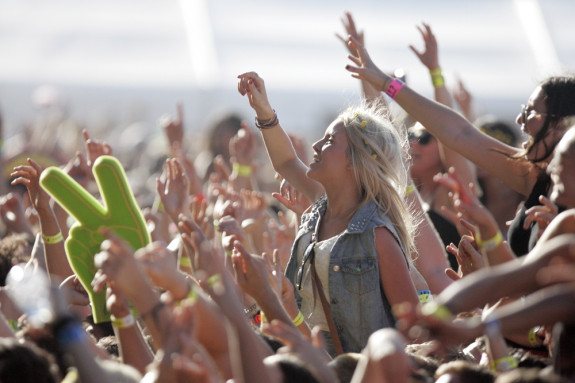 Even if these beautiful young people don’t come to your show, you can still get royalties from your performance.

Earlier this year I learned about a thing that was very new and exciting to me. (I blogged about it here, here, and here.) This thing sounds crazy at first:

Did you know you can make royalties from playing your own songs at your own shows?

I have since gotten my act together and and actually done the things required to claim these royalties and I would love to tell you about it here, now.

1. Set yourself up with a PRO.

2. After you’ve got PRO affiliation, you’ve gotta sign up for your PRO’s member services.

This is what most people (i.e. yours truly) fail to do (until they learn better). This, for some ungodly reason, is a separate process from actually paying them your dues. Give them your email address and sign up for an account. That’s all there is to it.

3. Register your songs with your PRO.

This basically means filling out a form online. They’ll ask you a bunch of questions about each song (Has it been recorded? Who is the recording artist? Track length?) but really all they need to know is 1. who wrote the song, and 2. the song title. (Also, who the publisher is. You can read more about that in those other posts I keep talking about.)

So you’ll submit the form (online, probably) and then you’ll wait a while. After a couple weeks your songs will have been magically registered and you can now start claiming that you’ve performed them.

A note: you needn’t have recorded a song to claim royalies on it. All your PRO needs to know is the title of the song and the day/venue at which you performed it. So, as soon as you write a song and know you’ll add it to your setlist, register it with your PRO.

Another note: I’m affiliated with ASCAP. ASCAP’s performance royalty program is called ASCAP OnStage, which requires that you sign up for direct deposit before collecting any royalties. This can take a couple weeks to process.

As of this writing they’re accepting claims for performances from July 1–December 31. So you could do this thing all in one go at the end of the period (a mind-altering experience, especially if you do it hungry, in the dark wee-hours), or use a more responsible data-entering method than I did.

A note: it’s not as though you have to enter in each song piecemeal. They have a “setlist” function where you could, say, create different types of setlists for multiple types of performances. They also have handy-dandy smartphone apps.

Yet another note: Remember you’re entering in your entire setlist, so that all the songwriters of the songs you play (including you!) get paid.

I’ll just have to learn a better method of keeping track of my setlists for the next period so that I don’t get so demented during my next data-entry phase.

Now I’m in waiting mode! I’m kind of expecting my checks to look like these checks. I’ll definitely keep you updated.