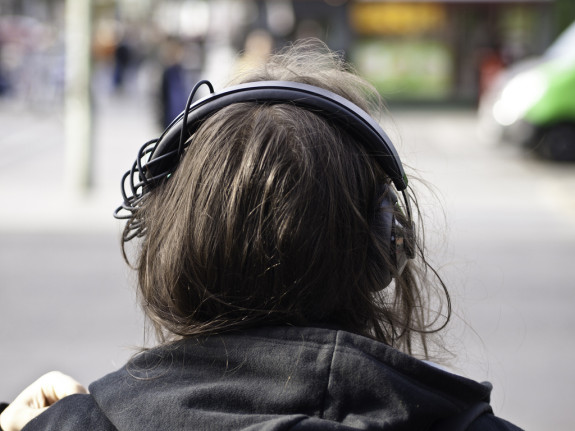 It’s 8:30am on almost any Wednesday morning. I’ve settled in with my coffee and I’m leisurely browsing between Facebook, e-mails and music industry blogs before starting work for the day. “It’s stories like this that are making me consider not using Spotify ever again”…”A musician would need over 4 million plays per month to make minimum wage”… “Spotify is the last desperate fart of a dying corpse.”

The specific numbers and arguments in these stories vary but Spotify is almost always the scapegoat.

Quit picking on Spotify! Is it a perfect service? No! Is this a black & white issue? Definitely not…but there is so much misinformation and hyperbole out there, the conversation needs to be put in perspective.

The #1 biggest issue surrounding Spotify is the meager payouts. Spotify doesn’t transparently share the rates but if you do a quick Google, you’ll see that the payout can range from 1/10th to 1/2 of a penny. On average the amount paid comes out to between $0.004 & $0.005/stream. My own experiences wouldn’t contradict that number.

So, how does that number compute with popular assertions that it takes millions of plays to make a living? This boils down to Music Business 101. Spotify will pay this $0.004/stream to the owner of the master recording. From there, any further division is up to the digital distributor, record label or anyone else involved in the accounting.

If you are on the fence about streaming, evaluate your priorities and take a look at your music. Is music discovery your #1 goal, or would you rather focus on record sales?

For example: If an independent artist who owns their master recordings only has a distribution percentage taken out, with 130,475 plays per day, they’d have a sweet pay day. On the other hand, if ownership rights are given away and a slew of other people get a cut, this might not be sustainable.

Ownership of masters, recording agreements and other important information are all vital to the conversation — but these details are almost always left out.

The issue then becomes two-faced: First is the matter of short-term profits and one-time sales, versus long-term profits and smaller, repeat transactions. If a younger band gets streams in the hundreds or low thousands each month, the money isn’t going to be much…but if the streams continue, over time this might even out or grow. It’s really all speculation at this point, but the conversation is anchored by what folks are immediately making.

The second matter is that Spotify isn’t operating in a bubble. Artists can make money in other ways. Tracks can still be licensed, recordings can be Kickstarted, tours can be gone on. There are dozens of other ways to make money, and although I don’t want to minimize the impact of streaming services, if you are relying solely on Spotify (or any service) to make a living, that is a problem.

As an artist, what can you do?

Assuming you own your masters, know that you have the power!

If you’ve done your research and think Spotify is the devil, you don’t have to put your material up. You can cherry-pick which services you want to have your material.

If you are on the fence about streaming, evaluate your priorities and take a look at your music. Is music discovery your #1 goal, or would you rather focus on record sales? Generally speaking, is your music something that bears repeated listens or is it more of a “one-and-done” situation? Weigh these questions and follow your gut.

If you think Spotify would hurt your record sales and you don’t make music that folks will want to listen to over and over, then it might make sense to not stream. On the other hand, if you’ve got a catchy sound and want exposure, why would you not stream?

Cue the armchair critic debate, but if you do want to maximize streaming revenue (and revenue in general), first and foremost, I’d encourage you to make music that begs to be listened to over and over again! In other words, don’t make shitty music. It might sound harsh but if you are only getting a handful of streams each month, the problem could be more about what’s in the mirror than the service.

If you are thinking of licensing your masters or giving them away, take a hard look at the royalty you are locking in. Consider the pros and cons of the deal you’d be entering. What are you getting for the percentage you are giving up?

The debate over streaming is going to remain heated for months, if not years. Everyone from interns at NPR to Thom Yorke and Billy Bragg are chiming in on it. I’m realistically not expecting anyone to quit picking on Spotify—as far as on-demand music streaming services, Spotify is the largest provider out there (I’m excluding YouTube on the technicality that it’s a video service). But if you are going to start flinging mud on either side of the issue, I encourage you to contextualize.

At the very least, look through the arguments and evaluate them in the big picture as well as the sensational.